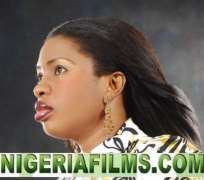 Vivian Ejike is a notable name in the Nigerian movie industry, popularly known as Nollywood. As a producer of repute, many Nigerians, especially all those who have anything to do with Nollywood, fondly place her as a young woman who is already standing tall in the industry despite her few years in the industry of light, camera and action and one that is dominated by men.

Like the award-winning movies she has produced, talking to or with her is a treasured experience because her confidence, professional mindset as well as her deep knowledge about the industry she operates are some of the virtues one would notice in such a discussion.

Vivian, a major contributor to what is now referred to as the refined thinking in Nollywood, some of the things that make up a good movie is one question she did not waste much time to answer.

“Just like some of us know, the foundation of any good story that you would want to see in a movie is the script. That is the basis of it all and when you go beyond that, then you begin to talk about the size of your budget, but you and I know that the issue of budget would not come in at all if you do not have a script that you are sure is good enough to get people interested and make them glued to the screen while your cinematic output is ready. It is after that we can begin to talk about other things which are also very important like training, funding and distribution and others.”

In dwelling on what this, a movie producer of Vivian's stature, brimming with so much practical experience, would want to go personal and that is exactly the banker-turned movie maker did.

“Immediately I set my mind to the fact that I was willing to get involved in the movie business, I felt it would not be wise enough to just go on without really knowing what one is getting into. And that led me into gathering information and talking to people. Before I did anything at all, I did a lot of studying, watching Nigerian movies in different formats on video, on DStv and the feeling that rang through it all is that I just could not see anything new. That was actually about some years ago when the idea of starting out occurred to me, I had just come into the industry and then discovered nothing was working and nothing, absolutely nothing in Nollywood, had changed from the way we used to know it through the years.

“And one thing that really created a platform of thinking for me was that we can do as much as anybody else in any other country that many people are pointing at and even do better instead of the movies grossly lacking quality that I see around all the time.”

Even more specific, she says she does not believe as such in the school of thought that Nigerians are not skillful in the core aspects of movie production and the allied sectors of it like the technical areas of lightning, sound, screenplay and others.

“I have come to realise, from studying the terrain we have in Nollywood and also working in it, that we have some of the very best and talented hands you could find anywhere in the world right here in Nigeria. That is one factual thing I know and which I can say anywhere. One of the most reflective scenarios pointing to that occurred not too long ago when I brought a young man to Nigeria. He had just graduated from the film school in the United States of America. He was smoking hot with so much knowledge as one of the best of his set but one thing I discovered is that at the point of the practical work, actual directing and other aspects of the job, some of the guys that were on the set too in Nigeria whom some people like to refer to as not good enough or technically sound to handle some productions, were the ones teaching him how to go about it all, and that was an enlightening experience. It just goes to show that they are ready to work, they are fantastic enough even in the circumstances, although some of them lack the desired formal standard one would like them to have attained. They could be trained more in such aspects to make them even better.”

Vivian, a French graduate of the University of Port Harcourt, who left the banking halls for the much-trumpeted uncertainty of moviemaking in Nigeria with fantastic results to show for it, acknowledged the polarisation of the industry. The overtly competitive nature of the industry is another thing she would like to change because, according to her, it is as if the producers, as well as the actors and directors, are in a class fighting for who would be number one. This, she considers unnecessary, as she calls for knowledge sharing and support among stakeholders.

“One other issue I would like us, as moviemakers, to begin to pay attention to is the fact that we need to encourage and help each other. If I see someone doing something now, I should be willing to offer my support in a way that would make the effort come out really well. And probably the most important reason to make us begin to do this is that two or three people, no matter how good their works are, cannot be the only ones to shoot the films that would be considered representative of Nollywood out there.

“To me, it looks like a lot of that is not happening because it seems like one person is feeling like he or she should be the one to shoot the box office hits, so as to be seen to be on top of the game. This is not good enough and the truth is that one person's success should not threaten the other and we should imbibe that as much as possible.”

With the emergence of premieres and the cinema releases as seemingly the most important of the criteria employed in judging the good movie efforts from the bad, a distinction has come into the mix in Nollywood. Some producers believe certain movies are only fit for cinemas and festivals while some only prefer the commercial productions that go on sale immediately. Another school of though says the two can be merged to have a movie that is good enough to do a cinema run, travel festivals worldwide for awards and special recognitions and still sell well when released on DVDs. Vivian belongs to this last group and she revealed her thoughts to Daily Independent.

“When it comes to the issue of shooting movies specifically for either the cinemas or just for commercial purposes that would make it go on the DVD format instantly, I actually think we can do both of them at the same time. And the reason I share that belief is that if you make such a good movie like we have seen a few times recently. It can travel all over the world in terms of festivals and still go out there to the market and rake in a lot of money for the producer. In fact sometimes I have been left to wonder because when you see some movies which are really good, you would be left wondering why they are not in the market yet and then the producer would say “I only shot it for festivals and the cinemas,” which sounds funny to me.

For the Anambra born moviemaker, who said she left banking for Nollywood purely out of passion, she derives much joy from her current state and going back to the back is inconceivable although many still think it is a crazy decision.

“I left banking for Nollywood because of my passion for the industry and the arts. Then many people, even my parents viewed it from a bad angle and even urged me to go back to banking. But like I told you, I have a passion for the industry and moviemaking. Between 1999 and 2002 that I was a top player in the banking industry, my heart was still with Nollywood. I was in the banking world in truth but my spirit was nowhere else but with Nollywood. And at a point, I just said I was going to leave and just woke up one day and resigned. Many people thought I was taking a wrong decision because I was doing very well, but I stood my ground.

“For resigning as the head of private banking, my people were totally against me, especially my dad, he was a banker for 30 something years, even my mother too. So, banking is a sort of a family tradition and I'm not a conformist. I know my calling is in the entertainment industry and not banking.

I do not intend going back, though I have been getting offers but I don't want to go back. I would have loved to go, but I won't get job satisfaction, especially the type that I'm getting from Nollywood now. I feel very good and happy wherever I see my movies on the shelves.”

With much-loved and captivating movies like When the Heart Lies, Silent Scandals and recently, Private Storm as some of the defining movies efforts she has thrilled Nollywood followers with, Vivian is making a visible impact and her influence is one that is not about to wane yet.