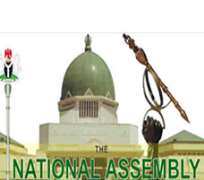 For the first time in its 35 years' history, Oyo State yesterday got its first female Speaker. She is a lawyer and erstwhile London-based Immigration officer, Mrs. Monsurat Olajumoke Sunmonu. Sunmonu emerged unopposed at the inaugural session of the 32-man state House of Assembly convened yesterday by the state governor, Senator Abiola Ajimobi, at which Hon. Olaniyan Babatunde of the Accord Party was elected as her deputy.

The new Speaker is of the Action Congress of Nigeria (ACN) and represents Oyo West/East state constituency, while Babatunde is representing Ibadan North1Constituency in the Assembly. They were both elected shortly after Governor Ajimobi proclaimed the first session of the assembly through the Clerk of the House, Mr. Samuel Adebolu, who presided over the affairs before vacating the seat, following the elections.

The Clerk, after reading the governor's proclamation, asked members to elect their Speaker and the deputy Speaker to handle the plenary session held inside the legislative chamber of the Parliament Building, Agodi, Ibadan, the state capital.

In moving the motion, Bolomope, a former state chairman of Nigeria Labour Congress (NLC), remarked that all the members were qualified for the position of speaker, given their distinguished and credible records of achievements and performance, but noted: 'I look around and discover a person that is more distinct from the others and also committed-a person that I believe when given the mantle of leadership will deliver.' The nomination was unanimously supported by the new lawmakers.

In her acceptance speech, Sunmonu promised to co-operate with other arms of government to move the state forward, in the interest of its people. She urged her colleagues to drop their party toga, in order to deliver dividends of democracy and ensure the welfare of the people of the state.

Her words: 'We shall be willing to co-operate, collaborate and synergise with the executive arm of government to further the interest of our people. With the calibre of honourable members of this historic assembly, we shall be proactive in prompting government, ministries, departments and agencies to do all that are necessary to serve our people and improve their living standards… I urge my fellow members to drop our party toga each day we assemble to discuss the welfare of our people, as the people themselves are repository of power. We are their representatives and we are accountable to the people who will also judge us at the end of our four-year term.'

The Speaker stressed that the state would not slack in setting the positive pace for other states to follow, promising further: 'We shall welcome the inputs of the public and I promise that all our campaign promises will befulfilled.'

All the 32 members swore to the oath of allegiance and oath of office, after which the governor, who graced the occasion with his deputy, Mr. Moses Alake Adeyemo and the Secretary to the State Government (SSG), Waheed Olajide, went round the chamber congratulating them.

Other dignitaries present at the inauguration, witnessed by tumultuous crowd of supporters and relations of the new legislators, were the Head of Service, Mr. Tajudeen Aremu, the Chief of Staff, Dr. Adeolu Akande and the state chairman of ACN, Chief Akin Oke and other party loyalists.