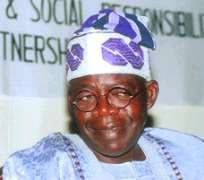 As the Action Congress of Nigeria (ACN) emerges as the arrow head of opposition in Nigeria, NDUBUISI ORJI writes on opposition politics and the challenges before the ACN.

One of the shocks of the just concluded general election is the emergence of the Action Congress of Nigeria as the main opposition party in the country. Prior to the last general elections. It was taken for granted that if the Congress for Progressive Change (CPC) does not win and form the government at the centre, it would at least win the highest numbers governorship and legislative seats in the National Assembly and therefore would lead the opposition parties in the new dispensation that commenced on May 29.

The ACN has six governorship seats in its kitty and 87 seats in the Senate and Federal House of Representatives, making it the party with the second highest number of seats in the federal legislature after the ruling Peoples Democratic Party (PDP).

While CPC has only one state, the All Nigeria Peoples Party (ANPP), which until recently was the leading opposition political party, The All Progressive Grand Alliance (APGA),and Labour party controls three, two and one state respectively. The ruling PDP controls the remaining 23 states.

Opposition politics since 1999
One of the tragedies of the Nigerian democracy since 1999 has been the absence of a viable opposition. And the major problem of the opposition parties has been that of leadership, internal wrangling and politics of anything goes.

At the end of the inauguration of the fourth republic in 1999, the PDP controlled Federal Government led by Chief Olusegun Obasanjo incorporated leaders of the opposition parties into the government under the guise of forming a broad based government. While the national chairman of the All Peoples Party (APP) now ANPP, Mahmud Waziri was appointed special adviser to the President, Late Chief Bola Ige, a leader of the Alliance for Democracy(AD) was made minister of power and steel.

That seemingly acts of benevolence sowed a poisonous seed in the opposition. And they never really recovered from it till date. Not only did the opposition fail to give the country a credible alternative, it equally lost earlier secured grounds. From seven states in 1999, the party presently controls only states and few seats in the National Assembly.

Daily Sun gathered that the aim of these moles is to infiltrate the leadership of the parties and destroy it from within. And that was exactly what happened to the ANPP. Like its pioneer national chairman, succeeding leaders of the ANPP found it more convenient to do business with the government than build a viable opposition party. As the party leaders made brisk gains for themselves, the opposition suffered. And given the that effective opposition keeps the government in power on its toes and offer a credible alternative, the lack of opposition made the country tilt towards a one party state .

From Chief Don Etiebet to Edwin Ume-ezoke the story was the same. After making a mess of the ANPP, Etiebet returned to the PDP from which he came to ruin the opposition party. In the case of Ume-ezeoke, while the party presidential candidate in the 2007 presidential election, General Muhammadu Buhari (rtd) was in court challenging the outcome of the election, the then ANPP national chairman of the party, who was also the party's vice presidential candidate, did a volte face. And nominated his son to serve as a special assistant to late President Umaru Musa Yar'Adua.

Oasis in the desert
Many see the emergence of the ACN as the main opposition party as a breath of fresh air. Unlike the ANPP, which it is taking over from, the party is not encumbered by leadership challenges. After the political disgrace, the leaders of the party suffered in the hands of the PDP in 2003, when they were still in the Alliance for Democracy(AD), the ACN leadership has been more circumspect in its dealing with the ruling party. The ACN is a breakaway arm of the AD.

Apparently taking a cue from what happened to the ANPP, the ACN has said it will not be part of the all inclusive government being put together by President Goodluck Jonathan. The party has asked any member of the party that is interested in the government to fill to resign from the party and join the ruling party.

Lagos based lawyer, Professor Itsay Sagay said a lot is expected from the ACN. He said the opposition party should position itself effectively, so that it can be seen as an alternative to the ruling party.

Sagay added that the party should engage in a lot of research, so that it can monitor the ruling party effectively. 'In a proper political system, the opposition should see himself as a government-in-waiting. It should do a lot of research; get required data that will be used to monitor what the government is doing. That is very important,' he counseled.

The party National Publicity Secretary of the party, Alhaji Lai Mohammed told Daily Sun in an interview that his party is aware of the expectation of the public from it. He said that is why the party has been organising series of training programmes to equip its elected offices on the challenges ahead.

'We are aware that the populace expect a difference from us. That is why our party took it upon ourselves to organise retreats for our elected legislators on what is expected from them. We will not be part of any Government of National Unity. We have not changed our stance on that,' Mohammed reiterated.

Ezeife is optimistic that having come this far, the ACN would live up to its billing. 'We want two party, If ACN can become the second party, ultimately they qualify. They have to broaden their base with alliances with APGA, reach out to some progressives in the north, reach out to the, south south and it becomes the alternative to the PDP.' he said.

Fears
However, there are fears that ACN position on national issues would be seen through the prism of the National leader of the party and former governor of Lagos, Senator Bola Tinubu. Besides, there are also fears that ACN would be pro-South West in its articulation of national issues. These fears are attributable to the facts that though the party is gradually making incursions into other parts of the country, it has the South West as it strong base. And the fact that Tinubu has over the years become a symbol of the ACN.

Mohammed said it is mischievous for anybody to insinuate that positions of the party on national issues will be premised on the personal views of the former Lagos State. The ACN publicity scribe said his party is ideologically based and believed in party supremacy. However, he said 'We do not deny the fact that he (Tinubu) is a very important pillar of our party, and also very cerebral.' For him, it is those who cannot match the ACN leader intellectually that are canvassing such views.