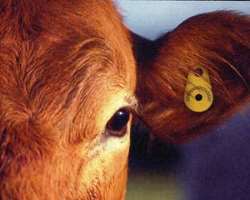 The national Delegates of Members of the World Organisation for Animal Health (OIE) declared Wednesday that rinderpest, one of the deadliest diseases of cattle and of several other animal species, is now eradicated from the surface of the earth.

At the organisation's 79th annual General Session in Paris, France, the national Delegates of OIE Members unanimously adopted Resolution 18/2011 which officially recognized, following thorough control by the OIE with the support of FAO, that all 198 countries and territories with rinderpest-susceptible animals in the world are free of the disease.

A three-stage 'OIE Rinderpest Pathway' for countries to be officially recognized as free from the disease by the OIE was initially launched in 1989 and in 1994, implemented in parallel with the Global Rinderpest Eradication Programme (GREP) managed by the FAO in collaboration with the UN International Atomic Energy Agency (IAEA).

In February 2011, OIE experts in charge of recommending free status recognition in the framework of the OIE Pathway gave the green light for recognizing the free status of the last eight countries not yet recognized.

Using considerable support to eligible countries from donors such as the European Union, these international cooperation and coordination mechanisms have been key to move towards global eradication particularly in poorest countries.

In June, the 192 Member countries of FAO will equally adopt a Resolution on the Declaration of Global Freedom from Rinderpest and on the Implementation of Follow-up Measures to Maintain World Freedom at the 37th FAO Conference to be held in Rome, Italy from 25 June to 2 July 2011 recognizing this outstanding global achievement and the successful collaboration of a multitude of governments, international and regional organisations, the veterinary profession, and the scientific community.

'Today we witness a historical event as rinderpest is the first animal disease ever to be eradicated by humankind,' declared Bernard Vallat, Director General of the OIE.

'It's a major breakthrough, not only for science, but also for the cooperation policies amongst international organisations and with the international community as a whole. Above all, it is a success for veterinary services and the entire veterinary profession, since the scarcity of resources available to veterinary services in many countries that were previously infected constituted a major obstacle to the progressive control of rinderpest,' he added.

'Rinderpest has been one of the top priorities of FAO in its quest to defeat hunger and improve lives through agriculture,' said Ann Tutwiler, FAO Deputy Director-General (Knowledge).

'With the eradication of the disease in live animals livestock production around the globe has become safer and the livelihoods of millions of livestock farmers are less at risk. There are important lessons to be learnt when it comes to defeating other animal diseases.'

'In this historical fight against one of the most dreaded disease by farmers around the world, the joint action of the veterinary scientific community, international and regional organisations, governments, and farmers has been absolutely crucial. I was very proud to be a part of this endeavour and have been particularly honoured to officially present the report sealing the end of rinderpest to the national Delegates with the OIE today,' commented William Taylor Chairman of the joint OIE/FAO Committee for Global Rinderpest Eradication.

What is next?
The post-eradication phase starting just now constitutes a great challenge too.

Although the rinderpest virus no longer circulates amongst live animals it is still present in a number of laboratories, e.g. for the production of vaccines, should the disease reappear as a result of an accidental release or deliberate act.

FAO and OIE are working on the preparation and implementation of recommendations on confining the virus for research or vaccine production purposes, in full compliance with international biosecurity measures.