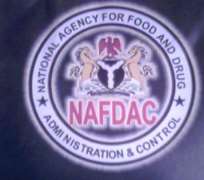 Again, National Agency for Food, Drugs Administration and Control NAFDAC has reaffirmed that Maloxine, a brand of sulfadoxine pyrimethamin marketed in the country by St Michaels Pharmaceuticals Limited is still a drug of choice in the treatment and management of malaria particularly in pregnancy.

Apparently reacting to rumours making rounds particularly in the south-east and south-south, a source in the registration department of the agency, explained that Maloxine marketed by St Michaels Pharmaceuticals was never banned by the agency, regretting the misformation making rounds.

'What happened was that the exclusive marketer of the product St Michaels Pharmaceutical limited,stopped importing for sometime and unscrupulous Nigerians cashed in and started importing substandard variant. The only Maloxine registered by the agency remains the brand marked by St Michaels pharmaceuticals. We can attest for its efficacy and safety in the treatment of malaria,' a source at NAFDAC said.

Presently, sulfadoxine-pyrimethamine (SP) is the only antimalarial medicine for which data on efficacy and safety for Intermittent Prevention Treatment, IPT is available from controlled clinical trials, and WHO recommends that at least 2 doses of SP are given during regularly scheduled antenatal visits after the first trimester

Mr Nnamdi Onyeukwu, Suprintendent Pharmacist of St Michaels Pharmaceuticals said the company has put in place effective anti-faking measures to halt the activities of fakers. ' We have in place Maloxine in a new pack with silver lining hologram which can be identified by any consumer. But we have always advised that patients should source the product from only registered pharmaceutical retail outlets.

Malaria in pregnancy is a major cause of maternal morbidity worldwide and leads to poor birth outcomes. Pregnant women are more prone to complications of malaria infection than nongravid women.

WHO recommends a package of interventions for the prevention and control of malaria during pregnancy. This comprises Intermittent Preventive Treatment (IPT) to address the heavy burden of asymptomatic infections among pregnant women residing in areas of moderate or high transmission of P. falciparum, use of insecticide treated nets (ITNs), and access to effective case management for malaria illness and anaemia.

Malaria kills more than a million people each year, mainly young children and pregnant women. It is caused by parasites that are injected into the bloodstream by infected mosquitoes. The most deadly form, Plasmodium falciparum, is responsible for nine out of ten deaths from malaria.