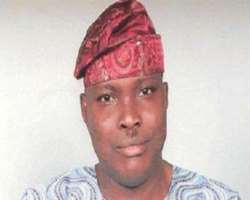 LAGOS, May 16, (THEWILL) - Federal lawmakers from the South West geo-political zone may not back the candidacy of Hon. Ajibola Saubana Muraina as the race for the Office of the Speaker of the House of Representatives gets hotter, THEWILL can report.

It was however gathered that the lawmakers from the region are yet to take a formal position on the candidate they will support, though a committee has been set up to begin consultation on which of the candidates to back.

THEWILL learnt from a multiple authoritative sources that ACN lawmakers are not comfortable with the endorsement of Muraina by former President Olusegun Obasanjo and other leaders of South West PDP caucus. This has generated ill-feelings among ACN legislators, who are expected to play a key role in picking a Speaker for the House of Representatives following their landslide win in the federal legislative elections in the South West zone held in April, 2011.

The sources, who did not want their names mentioned in this report, confirmed that all lawmakers belonging the minority parties had started consultation on all the candidates contesting the speakership race to determine who among them would first serve the national interest and that of their political affiliations.

They revealed that the lawmakers that won elections on the platforms of minority parties have started working out plans to support a common candidate that will protect their respective party's interest and that of the federation.

According to the sources, the so-called endorsement of Muraina by the South-West PDP leaders has been generating stern reactions in the camp of opposition parties on the ground that majority of the lawmakers are averse to a Speaker who will be dancing to the whims and caprices of former President Obasanjo.

A lawmaker, who spoke on the condition of anonymity, said it would have been better if Muraina was first endorsed by South West legislators before the decision of the PDP leaders from the geo-political zone.

But Muraina is said to have started consultation with South West legislators, creating the impression that he would not be tied to the apron string of any political leader(s) in the region; neither would he allow the presidency to pocket the House against national interest and that of other political parties.

The source told THEWILL that, “the race is still open for all the candidates seeking election into the Office of Speaker of the House of Representatives."

“The endorsement of Muraina by former President Olusegun Obasanjo and other South West PDP leaders may be counter-productive because majority of the lawmakers do not want a Speaker who will be dancing to the whims and caprice of the former president."

In a reaction, Minority Leader of the House, Hon. Femi Gbajabiamila refused to speak on the position of the Action Congress of Nigeria, but acknowledged that the party’s lawmakers would work together in the interest of the Federal Republic of Nigeria and that of his party.

He said, “The party’s lawmakers are still watching the whole scenario. But we will come together for the interest of our dear country and political party. Our core interests centre on the need to ensure a true federal system, review revenue allocation formula and local government creation among other interests.”

Another lawmaker, Hon. Moruf Akinderu-Fatai representing Oshodi-Isolo Federal Constituency I in Lagos State also confirmed that the ACN lawmakers has not taken any position in the race for the Office of the Speaker, stating that the “race is still for all candidates interested in occupying the office.”

Akinderu-Fatai confirmed that a committee has been set up to start consultation with all South West legislators and others to determine who among the candidates will serve the nation best.

“We are currently consulting,"the lawmaker stated.