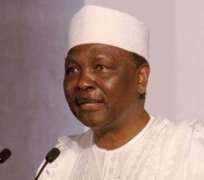 Not a strong fighter for One Nigeria like Jack Gowon would leave fire on the roof-top and then go to bed. He believes that, as a father-figure of Nigeria, it would be too irresponsible to do so. The main reason, at 76, he never leaves any stone unturned in trying to help engender peace situation in the country. The mantle fell on what a commentator described as 'his slim shoulders' at the age of 32 (in 1966) to lead Nigeria after the second coup and during his regime,  the monumental structures on which successive governments have struggled to build upon were laid.

Born October19, 1934 in Lur, Plateau State, General Gowon had his first education at St. Bartholomew's School, Wasasa, Zaria between 1939 and 1949. He moved from there to the Government College, Zaria where he obtained his school certificate in 1953. As Head of State he had to grapple with Civil War considered by the Supreme Military Authority under him as capable of threatening the continuous togetherness of the entity called Nigeria.

Gowon: Mine is to see a peaceful Nigeria
And he fought the war with his sixth sense to bring Nigeria back together as one through his 'no victor, no vanquished' approach. He would never agree he won the Civil War. Not even last Wednesday night when he had to respond to questions posed by Vanguard. He maintained, 'It was not a fight against enemies; I mean you see brothers fighting to keep the country together. And in the end, that was what happened. Nobody won, nobody lost.' No wonder the exemplary legacy that has cohabited with his name 'Go On With One Nigeria (GOWON). Excerpts:

At a time Nigerians detest military and are talking negative about former military leaders, you stand out and your achievements as military Head of State are widely celebrated all over the country. How did you do it?

I give the credit and credence to Nigerian people. They wanted something good and we worked together to get it. They didn't leave me alone to it; they were quite supportive, they advised me quietly and I was the only one seen in the public doing the job. In most cases, they gave me a lot of advice on the pages of newspapers, which I made use of and which really, I must say, helped me in the many achievements that I made.

Civil servants many a time are accused of sabotaging the effort of government leaders. What was the quality of civil servants like  at your time?

The civil servants at my time rendered quality-based services. They were very cooperative, loyal and committed. And the politicians, everybody was cooperating. And then you know, back to your question about my achievements, I can assure you honestly speaking, to me, I give them back to the people. The fact I took the welfare of the people as one of the priorities of my government was for nothing but for the mere fact of realising it was my duty as a leader.

Because, by then, I tried to the best of my capacity to think much and work more on their welfare instead of the good of my personal self and that was appreciated by them. And it was greatly appreciated by the people and so they were supporting me always. It was because my government was

performing to the satisfaction of the people that the people had confidence in me and supported me without much ado. And it was because they supported me that I was not sabotaged. That was how I was able to achieve what I achieved.

But it was your government that fought the Civil War…

I know we had to fight but it was not a fight of hatred. It was not  a fight against enemies; I mean you see brothers fighting to keep the country together. And in the end, that was what happened. Nobody won, nobody lost.

It became quite clear that your 'no victor no vanquished' approach to resolving the Civil War issue was a leadership style of achieving a One Nigeria without feeling of guilt by any side. But the Nigeria's unity you fought hard to achieve about 41 years ago is being threatened by sectional, political and religious crises here and there. What is your feeling about it and what is the way out?

Quite frankly, one regrets the incidences of violence by man against humanity. I thought frankly since we  went in and had been able to come out of the Civil War, that Nigerians should forget acts of violence against one another and settle down properly to live in peace with one another. It is my sincere thought that after the Civil War, again, that we would begin to love one another and love our country by putting hatred aside. If you do that you would always be thinking of the interest of the country and good of the people.

That all this show of hatred still happens years after the Civil War is highly regrettable. The solution to it is that, Nigerians have to be patriotic and be faithful to their country. Instead of using tribe, politics or religion as tool for violence, they should see it the other way by using it to buttress their loyalty and patriotism to their country, Nigeria.

We've got to learn, especially through the two religions that we have, how to be able to live together and do things together in peace loving each other. That I think has worked out really in the West where they have a lot of religious differences and yet, they don't seem to be a serious issue. They don't go on fighting each other but they live side by side respecting each other, marrying each other, et-cetera.

Unfortunately in the North that is not the case. I think the leadership in the North, especially the leadership at the lower level should really rein in their young militants to ensure that they do not have the hearts of violence against their brothers whether of the same religion or of other religion.

You know, that leadership, unfortunately, they are the ones that talk to those people and encourage them to do what they are doing. Certainly at very high level, the feeling is against that sort of things. But I'm afraid down the level especially the political, the religious, they seem to encourage that sort of thing. And I appeal to them to really look seriously after the issues and try to calm these excesses and rein in their followers on how they should think of the good of themselves and the good of people of other tribes, religion and whatsoever.

Could you tell us little about your childhood and how you really started out in life?

I was born into a disciplined background of a religious parenthood. I was brought to be righteous, religious and to be a good person. And then I went to school, which was a mission school and then I went to train as a soldier and as an officer in the Army. All I can tell you is that I started out in life with the mindset of trying to be a good citizen, a good officer and a good Nigerian to the nation and to the community where I came from.

My training as a soldier and as an officer really instilled in me that commitment, loyalty and patriotism for my country. And I think that was why really I was able to feel and readily take up that challenge when the country was to break up and I had to do something to check and stop it.

Luckily, that, we were able to do with the cooperation of the good, quality people I was blessed to be able to put together in my cabinet and with the support of the generality of the Nigerian people. That was how I started out in life. Those training projected me to be a good person in the future and,  for this, I will forever be grateful to my parents, my community, my church and of course my school.

At a very young age ever recorded of any Nigerian you rose to the highest office as Head of State and Commander-in-Chief of the Nigerian Armed Forces.

Yes. And for that I thank God.
When that leadership reality dawned on you and you took office, what did you have in mind to make of Nigeria as an achievement you could be remembered for?

You would want to achieve the best for your country but I believe you can't achieve all. You only try your part and leave the rest.

However, I wanted to develop Nigeria and of course I wanted to keep Nigeria together as one and by so doing we were able to get young Nigerians to serve together in areas other than their places of birth so that they could know one another, get used to what ordinarily could have been differences among them and live together with that understanding in peace and tranquility.

That was what I did with my establishment of the National Youth Service Corps (NYSC). It is only sad that recently some youth corps members had to sacrifice their lives for the sake of the country in trying to ensure that the nation moved forward through credible, free and fair electoral process. I must say that the loss of lives of those young people in parts of our country in the service of their nation hasn't portrayed those responsible for the sad development as loyal and patriotic people.

It is barbaric and I believe, by the pains that followed, we have learnt our lessons, the more reason we should not rage at arms or rage for whatever reason against each other. To me, I think the government should do something about it because, seriously speaking, it is sad. Mine is to see a peaceful Nigeria, a developed Nigeria, a Nigeria that can really and notably be counted in the group of developed countries of the world. Okay?

I'm okay. Except that Your Excellency has not told us why you did not marry until you had got to office as Head of State…

It had to do with my busy schedule, moving round because of the nature of my profession. And again, even at the time I took over as head of state, the crisis (civil war) caught us at a wrong time. I had to face it squarely and so, there was no time for frivolous things.