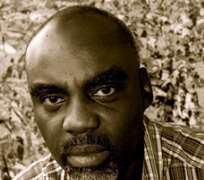 •Dike
For lovers of entertaining and enthralling spy thrillers, Emeka Dike's debut effort as a writer, The Inverted Pyramid, is the novel to grab and relish. The suspense-filled work, described by the author as 'reality fiction,' vividly captures in lucid language, the age-long decay, shenanigans, subterfuge and man made bottle necks constantly hindering Nigeria's growth as a blessed nation.

The Inverted Pyramid, which would soon be formally launched and presented to the public, at an elaborate ceremony, is published by Hero Press, Lagos, in collaboration with Trafford Publishing, UK. Already selling on-line and equally enjoying rave reviews on Amazon and other literary sites, the very creative work of arts that was first published in 2010, could be read or bought at, http://www.amazon.co.uk/Inverted-Pyramid-Emeka-

Dike/dp/1426926626.
Dike, an Economics and History graduate of Harvard, who's also the Managing Director of Equity and Research Associates, said his debut work sensationally unveiled a rare insight into the nuances of modern Nigerian society in which money, corruption and sex play huge roles in the debauched lives of those he disdainfully referred as 'vested interests'.

'These vested interests, who are mostly found at the corridors of power, are the heavily corrupt few who consistently and constantly benefit from the status quo at the expense of the majority that are daily suffering and dying in silence.'

Dike, the first son of late Prof. Kenneth Onwuka Dike, first African Vice Chancellor, at the University of Ibadan, in whose everlasting memory he dedicated the compelling novel, further explained that the book ingeniously explored the mind of its main character, Zuby.

'Aside exploring the mind of its main character in so many ways, I also see The Inverted Pyramid, as a reality fiction that continuously tries to reveal Nigeria's socio-political challenges with the aim of providing the much needed answers to the many anomalies that exist in Nigeria today. Again, the book further gives a clear explanation in both political and economic terms for the slow pace of economic development, high level of corruption and the annoying indifference and disdain of the government to the daily sufferings of the masses, in the midst of so much wealth.

The novel also seeks to dissect what we have all come to realize as the Nigerian factor. It x-rayed and captured all these anomalies and deceptions within the cultural, social and political backdrop of our contemporary nation thus giving the whole scenario the picture of an inverted pyramid.'

Meanwhile, the ex top banker and international financial consultant from Awka, Anambra State, attributed his passion for creative writing, to the many great books he read while growing up in Nigeria, US and the UK, respectively.

Dike, a happily married father of seven and currently the President of Harvard Club of Nigeria, promised to churn out more creative works that would assist in reviving the dying reading culture in Nigeria, especially among the youths.