MAN U BANKS ON CHELSEA FOR TITLE 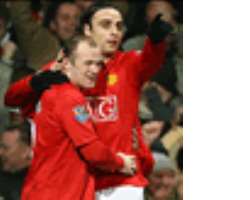 Manchester United will host Chelsea in a match of almighty stakes today. The Red Devils lead the second-placed Blues by three points with three rounds remaining in the Premier League season, and with the rivals' goal difference equal, victory at Old Trafford would send the capital outfit top.

Chelsea has taken 22 points from a possible 24, while United has returned just 13 during the same period. And though Carlo Ancelotti's men won the sides' first meeting in the 2010/11 Premier League 2-1 at Stamford Bridge, they lost to Sir Alex Ferguson's charges by single goal margins in both legs of their recent UEFA Champions League quarterfinal.

However, Chelsea captain, John Terry, has warned Manchester United it would be facing a much improved Chelsea team today than the one it knocked out of the Champions League three weeks ago. Chelsea takes on Sir Alex Ferguson's side at Old Trafford knowing a win will take the Blues to the top of the table on goal difference with two games to go.

Carlo Ancelotti's men lost home and away to United in the Champions League quarterfinals last month, but momentum is now on their side after four consecutive wins. “I think Manchester United will be facing a stronger Chelsea team than the one they faced in the Champions League,” Terry said. “We go into the game really fresh, with a full squad of players and full of belief as well.

“On our day, we have shown we can cope with the importance of a big occasion, like last year when we went to Old Trafford and won 2-1. That was decisive in winning the league and there is no reason we can't do that again.