THE NEXT HOUSE OF REPS 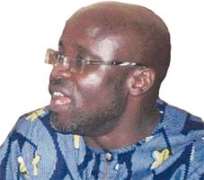 Ubani
It is now obvious that with the results of the National Assembly elections released so far by the Independent National Electoral Commission (INEC), it has become crystal clear that the House of Representatives of the Fourth Assembly scheduled to take off on June 4, 2011, will wear a new face.

The Peoples Democratic Party (PDP) still maintains its stronghold in both chambers of the National Assembly, and by the time the postponed elections in some federal constituencies are concluded, the party would still be ahead of other parties. Coming closely is the Action Congress of Nigeria (ACN), who now leads the minority parties.

As the party with majority members, the PDP will produce the leadership of the two chambers and based on this fact the race has begun in earnest by ranking members who made it back to the Green chamber.

Not to be caught napping before leadership of the party rolls out the sharing formula for the six top offices in the land, cognate members have started lobbying for the juicy positions.

Since 1999, PDP adopted the principle of zoning six positions among the geo-political zones of North West, North East, North Central, South East, South West and South-South. It was based on this understanding that the South West produced the President in the person of Chief Olusegun Obasanjo, North East, Atiku Abubakar as Vice President, and the South East, the Senate President.

Other positions are the North West, the Speaker of the House of Representatives, the North Central, the national chairman of the party, while the South-South produced Secretary to the Government of the Federation. The zoning formula was retained, but swapped after eight years of Obasanjo's presidency. The Presidency rotated to the North West, Vice President to the South-South, Senate President to North Central, Speaker of House of Representatives to the South West, National chairman of the party to the South East and Secretary to the Government of the Federation to the North East.

The demise of President Umaru Yar'Adua before the completion of his first four-year tenure and the removal of the national chairman of the party on two different occasions affected the zoning arrangement. Vice President Goodluck Jonathan had to step in as President to complete the tenure of Yar'Adua, while the position of the National chairman of the party moved from the South East to the North West, albeit, on temporary basis. After the presidential primaries, which produced the candidature of Goodluck Jonathan, a political understanding was believed to have been reached to let the status quo remain, including the occupants.

Political office holders were encouraged to return home and work for the victory of the party in their respective zones as a pre-condition for sharing the 'booty'. The results of the National Assembly elections made mockery of permutations before people went into the polling units to vote for their federal lawmakers. The National Assembly produced causalities and the biggest of them was the Speaker of the House of Representatives, Dimeji Bankole, who was defeated by the candidate of ACN.

Apart from the Speaker's defeat, the ACN won majority of seats in the South West and with the fortunes of the PDP nose-diving in the zone, it is only at the whims and caprice of the leadership of the party that the zone might retain the position of number four citizen allotted it under the zoning arrangement. From the results released so far, it was in Oyo State that PDP managed to win only four seats, but incidentally, three of the winners were ranking members. The ACN swept all the seats in Osun State and the party appeared set to repeat same feat in the remaining elections in Ekiti State and federal constituencies in the zone.

If the PDP would stand by its zoning arrangement to zone the position of Speaker of the House of Representatives to the South West, it would be a fight of the minors. The returnee PDP members from Oyo State are Kareem Tajudeen Abisodun from Saki East/SakiWest/Atisbo federal constituency, Mrs. Mulikat Adeola Akande from Ogbomosho North/South/Orire federal constituency, and Muraina Saubana Ajibola from Ibarapa Central federal constituency.

Only Muraina Ajibola could be said to be a known quantity among the Oyo cognate members. A lawyer by profession and former chairman of Ibarapa Local Government, Ajibola made a name during the famous power probe. It was during the Power probe that his fame blossomed. He contributed immensely to the investigation and went as far as preparing a minority report.

But after the submission of the panel's report, he disappeared from the horizon and became a scarce member of the House. For the other ranking members, nothing tangible could be traced to them in terms of contributions to debates on the floor and committee activities. It would take political deft moves by leaders of the PDP in the zone to convince the leadership of the party on why the post of Speaker would still stay in the South West. The decimation of PDP influence in the South West zone is giving impetus to other zones to start agitating for re-zoning the number four position in the country.

Top on the list of zones asking for the Speaker's seat is the South East, where PDP made an impressive showing in the April 9 National Assembly election and other elections. Arguments are being canvassed that the zone deserved to be compensated for remaining under the umbrella. It was also argued that the zone returned cognate members with tested credentials to lead the House. Some names of ranking members such as Emeka Ihedioha, Bethel Amadi, Ezuiche Ubani, Nnenna Ukeje, Uche Ekwunife, Ifeanyi Ugwuanyi, Patrick Asadu and Ogbuefi Ozomgbachi are being thrown up as hot contenders for the Speaker of the House of Representatives in the next National Assembly.

To pave way for the South East to produce the next Speaker, some people have started campaigning that the best bargain for the zone should be the Speaker of the House of Representatives. People in this school of thought do not believe that neither the seat of the National chairman of the party nor even the position of Deputy Senate President will compensate for their loyalty to the party in the just concluded election. A member of the House, who attended a strategic meeting ahead of the race towards the election of principal officers during the week, confirmed that the zone was interested in the position of Speaker of the House of Representatives more than any other position.

Speaking on condition of anonymity, the cognate member said for the corporate interest of Ndigbo, members have been asked to go back and lobby leaders from the zone to settle for nothing less than the Speaker's seat.'It was a consensus at the meeting that we should demand for a higher position than the Deputy Senate President; the position of the Speaker is the best for us. The zone delivered enough returnees to the party and we viewed that the zone should be compensated.

'You know we came hurriedly to Abuja after the Presidential elections to begin mobilization; we have resolved to explore our contacts with other zones to support the demand for the Speaker's slot.

'It is when the position is zoned to us that our leaders would take over by scrutinizing contenders and arrived at a consensus candidate. What you cannot take away from the South East is that we have experienced members who have the capacity to lead the House to the next level.' As gathered during the week, North East zone is another zone likely to slug it out in the race to produce Speaker of the next National Assembly.

The zone made an appreciable impact by winning seats more than the South West during the National Assembly elections. Some cognate members were equally returned.