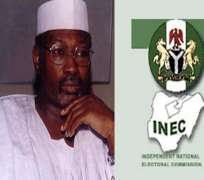 SAN FRANCISCO, April 29, (THEWILL) – In order to resolve the stalemated governorship race which was declared inconclusive by the Returning Officer in Imo State, the Independent National Electoral Commission (INEC) after its meeting in Abuja on Friday night (WAT) said it has scheduled a supplementary election for Friday, May 6, 2011, in four local government areas and a ward in another one.

Recall that the two front runners in the race –incumbent state governor Ikedi Ohakim and challenger Rochas Okorocha were running neck to neck with Okorocha slightly ahead before the Returning Officer declared the poll inconclusive.

A statement from the Secretary of the Commission, Abdullahi Kaugama, named the local governments as Ngor-Okpalla, Mbaitoli, Oguta and Egbema. It also added the Orji Ward in Owerri North Local Government Area.

The commission urged “all stakeholders to ensure the highest level of integrity and good conduct in the supplementary election to allow for smooth conclusion of the governorship poll.”