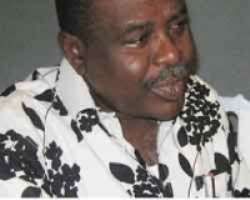 COLLATION of elections results has been described as the bane of the Nigerian election process.

This is the observation of the National Chairman of the Citizens Popular Party (CPP) Chief Maxi Okwu and a group of non-governmental organisations (NGOs) under the aegis of the Civil Society Election Situation Room.

Okwu suggested that the electoral laws should be amended to allow media and online bloggers to publish elections results from each polling units as they are announced in order to check electoral malpractices at the collation centres.

He said Nigerians are grateful that once again they have opportunity to vote and decide who govern them rather than what was obtained in the past where election results were compiled at local council headquarters and personal residences before the commencement of voting.

On why his party did not field a presidential candidate at the just concluded election, Okwu stated that it followed a decision to vote for President Goodluck Jonathan.

A statement by the NGOs (Elections Situation Room), signed by Dr. Jibrin Ibrahim, Executive Director, Centre for Democracy and Development (CDD) and Clement Nwankwo, Executive Director, Policy and Legal Advocacy Centre (PLAC), said: ' Civil Society Election Situation Room feels compelled to raise a number of issues that could affect the credibility of the elections on 26 April. As we pointed out in our final statement on the Presidential election - and which indeed we raised after the National Assembly elections on 9 April -the problems associated with collation are now in danger of derailing the process altogether. The post-election violence associated with the presidential election was fuelled by the perception among many of the contenders that the election was won and lost at the point of collation and the further perception that the leadership of INEC was unable or unwilling to exercise proper oversight function over its personnel in the field. INEC needs to take firm and aggressive action to deal with these perceptions.

'In the aftermath of the post-election violence following the presidential election, we are aware that it has become necessary to authorise an enhanced deployment of security agencies. We are calling on the political authorities responsible for these deployments to ensure that they do so in a professional and non-partisan manner, and that the applicable rules of engagement are not disproportionate to the objective of ensuring free, fair and credible elections. Additionally, the security agencies have an obligation to operate in a manner that is compatible with their political neutrality.  The Civil Society Election Situation Room will itself be independently monitoring the operations of the security forces during the gubernatorial elections and we encourage any person or groups with any reports to bring them to the attention of the Situation Room.

'The Election Situation Room also warns that it may become necessary to pursue a cause of action against persons responsible for instigating and perpetrating post election violence in Nigeria at the International Criminal Court (ICC). The Situation Room joins the generality of Nigerians in calling on the country's security officers to ensure the safety of election administrators, monitors and observers and in particular, the safety of Youth Corps members who are involved in election administration.

'Finally, in several states, we note the presence of multiple and contradictory court judgments concerning the eligibility of different candidates to represent the same party in respect of the same office. This makes it incumbent on INEC to come out with a clear position on which candidate is legally recognised to stand for the affected parties on the day of the ballot. The Civil Society Election Situation Room is perturbed by INEC's confusing and unsatisfactory attitude to this issue. We call on INEC to redress this urgently and transparently before voting starts.'