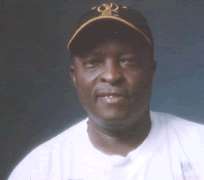 President General of the Nigerian Football Supporters Club, Dr Rafiu Ladipo, stated that the 1-1 draw in The Gambia versus Ghana game had left the Nigerian side with no other choice than an outright victory over the Gambians.

Though he admitted that the encounter would be a difficult one for the Flying Eagles, he said that it would do the players and Nigerians a world of good if they go ahead and qualify for the World Cup.

'As things stand now, Cameroon has already booked a ticket to the FIFA WYC in Colombia and the draw in the Ghana versus The Gambia game speaks volumes for us. It only gives us a chance to wrap things up against The Gambia in our last group game. A win for us will take us to six points, but Coach John Obuh must correct all the lapses in the team,' Ladipo said.

It was an entertaining game in Johannesburg when Ghana drew 1-1 against The Gambia on Thursday. Ghana had an 81st minute equaliser when Boakye Yiadom headed home after Baboucarr Jammeh had put The Gambia ahead on the 23rd minute with a good shot from the angle.

Jammeh was later sent off right on the stroke of half time for a dreadful challenge on defender Richmond Nketsiah. The Gambia, therefore, played the second half with 10 men. The boys played very well, but could not hold the Ghanaians, who snatched a point from the game to keep their campaign flickering alive at the AYC.

Group B standings before today's games read: Cameroon, six points, Nigeria, three points, Ghana and Gambia, 1 point apiece. The final round of the group matches will come up today with Ghana taking on Cameroon, while Nigeria plays The Gambia.