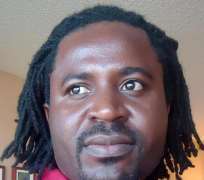 Amnesty International, one of the premier human rights organizations characterized the incidents in the northern areas of the United Nations of Nigeria as riots and demonstrations. Thus equating the carnage to the demonstrations in Bahrain, Yemen and Syria where people are currently using peaceful and civil means to petition their governments. This mischaracterization is appalling because what took place in northern Nigeria was hundreds of bloodbaths, lynching, burning of innocent human beings, arson, and gross destruction of properties by Dictator Muhammadu Buhari's supporters. With nearly 250people dead and close to 50,000 fellow Nigerians displaced, give it up to the perpetrators of inhumanity to remain indifferent. They have mastered the skills of committing mass murders while simultaneously cloaking in victim hood. Similar butchery was the primary reasons behind the Nigerian and Biafran genocidal wars.

Contrary to revisionist historians after the 1966 coup, counter coup d'état, and extinction of some southeastern officers from the ranks of the Nigerian Army, our union was still standing. It was days of similar mass massacres like the world have just witnessed from April 17-18th 2011, that has continued sporadically from 1960's until now, that forced the hands of the South-easterners to head back home to peace and safety. In the process they realized that their safety could not be protected in some parts of the Disunited Nations of Nigeria and were forced to declare independence in 1966. Unfortunately these shameless killings have continued unabated since then. The Nigerian and international press always report about these barbaric incidents as though they began after 1999 when the civilians took over from the military.

However, Enough is Enough! How can northerners continue to preach “One Nigeria” only when they are holding on to the presidency? The sad reality is that they have controlled and/or occupied the said position for about 40years within our so-called 50years independence. In their time as rulers, the Northern Military Industrial Complex (NMIC) alias Army Arrangement have legitimatized corruption and mismanaged our national resources. The northern elites have set the country backwards about twenty-five years if not more with their incessant coups and dictatorships. This retardation in developments has been felt in every nook and cranny of the United Nations of Nigeria. With the marginalization of the Niger Delta and the assassination of Dr. Ken Saro Wiwa the veils were finally lifted off the eyes of the South-south. The south west including Awoist (who would like to focus on the prediction of Chief Awolowo that a Niger Delta man would become president someday) are beginning to understand that while the Southeasterners might allegedly play you wayo, some northerners are very willing to exterminate their fellow Nigerians.

It is one thing to contest the votes/elections and the tabulations of the result but quite another to execute regional killing orgies. These ghastly acts were done to intimidate the masses who came out in droves to cast their votes all over the country. In the north, President Goodluck Jonathan got more than 25% (http://www.inecnigeria.org/results/states.php) of the votes in nearly a dozen states. So the vitriolic Congress for Progressive Change CPC) supported murdering quads wanted to silence the segment of the northern population that have realized that the Presidency is not the panacea to their problems. The CPC supporters wanted to terrorize the Independent National Election Commission (INEC) who conducted a commendable election. These killing thugs wanted to suppress the announcement of the election results. Why did CPC supporters not wait for the pronouncement of the outcome before going out to threaten and arrest our national security?

Where were these hooligans, their parents, and their sponsors when Dictator Sani Abacha took the whole nation hostage and ostracized Nigerians from the African and global communities of nations? We could not participate in the African Cup of Nations in South Africa and we were suspended from the Commonwealth of Nations not for resisting imperialism but due to authoritarianism. Where were these miscreants when Dictator Abdulsalami Abubakar handed the presidency to Dictator Olusegun Obasanjo in 1999? Why was there no protest when Mr. Obasanjo and his pal Professor Maurice Iwu gave the post to President Umaru Yar'Adua in 2007? But they have the audacity to slaughter law abiding Nigerians. These nonsense needs to stop right now, we have to break the cycle of massacres, we can not compensate our way out of these man made tragedies.

Notwithstanding the concerns of Amnesty International the Nigerian government has a responsibility to use adequate force to defend law abiding citizens. While the observance of peaceful protest should remain sacrosanct the carnage that we have just witnessed in Nigeria should be prevented and suppressed with commensurable force to safeguard the lives of innocent law abiding citizens. The union of the United Nations of Nigeria can not remain sacrosanct for long when it is a death sentence in northern Nigeria to be suspected of southern ethnicities, an Ancestor worshipper, a Christian, and a Muslim who votes for a Christian. My own sister (a Christian, an Igbo and Ijaw) supported and campaigned for Dictator Muhammadu Buhari, so what would the murderers do in her case?

Moreover the fact is that people like Mr. Buhari and former Vice President Atiku Abubakar had sown the seeds of violence before the elections. They purposely used languages like “lynching” and the “inevitability of violence” to ginger up their supporters in preparation of the Saturday April 16, 2011 elections. Hence, Buhari did not see the need to call off his supporters from the streets while the killings went on for more than twenty four hours. Alhaji Abubakar wants to pay lip service to the so-called revered indivisibility of our nation when the lives and property of southerners and fellow northerners who voted their conscience is not guaranteed in the United Nations of Nigeria. Our people are nonchalantly orphaned, our parents are rendered childless through brutality, and others are maimed. The sanctity, safety, and respect of lives should be our primary sacrosanct obligation and not nationhood/religion.

Moreover, the Nigerian federal and northern state governments need to bow their heads in shame because of their negligence. They knew that some in northern Nigeria would turn to their tried and true part time of using tyrannical savagery. The stakeholders should have prepared for the worst while hoping for the best which many of us knew was not likely given the antecedents of some northerners. Heads of the Nigerian security apparatus need to immediately tender their resignations. Hopefully, contrary to press reports, Captain Emmanuel Ihenacho the Minister of Interior was relieved of his position for the ineptitude in providing security for our young national service coopers and the general public in the north. The expectation is that he was not suspended due to internal political considerations from Imo State. It would be a betrayal of the highest order to the victims if no one takes accountability for this perennial mayhem.

Never Again should people be victimized in such callous ways with impunity. President Goodluck Ebele Azikiwe Jonathan and the authorities need to establish the Emergency Response Tactical Teams (ERT) in all northern states that have a past history of perpetrating this carnage. The ERTs should train and practice the needed skills to protect the general public and should never be deployed to disrupt non-violent protest. These teams should be able to be organized within 15minutes of any disturbances when the lives and properties of individuals from the United Nations of Nigeria are under attack. Our governments should mandate the ERT to protect our visitors too. We must protect the sanctity of the African lives.