The world is looking out for Nigerian content –Subair 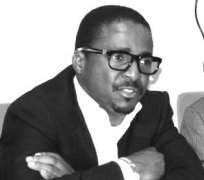 Subair Mr. Toyin Subair is the Chief Executive Officer (CEO) of HiTV, a wholly owned Nigerian Pay TV. An Intellectual Property lawyer, he tells LEONARD OKACHIE, why he ventured into media entertainment as well as the developments in HiTV. Excerpts:

What is Hi Media Entertainment all about?

We used to be just a television business but now we are combining entertainment and media business. So it is not just television because we find that strategically we need to be fair to the content; we need to distribute content not just for the TV but in other new technologies that are available. So Hi Media is becoming that. It basically takes contents from all over, put them on the channels and distribute those channels locally and outside Nigeria. That is what we do under the HiTV brand and we have created various offshoots of the HiTV brand: Hi Nolly, Hi Nolly Yoruba, One Music, HiTV UK, HiTV US etc.

We have taken position in productions with investment in TINAPA and locally we are investing in studios so that we can join other people in making contents. We have done various productions and we are going to increase it.

Why did you venture into media and entertainment in Nigeria considering a lack of initial experience?

I think Nigeria is a country of opportunities. Usually most things are borne in this country out of opportunity that presents itself and the preparedness. When I was in school 100 per cent of music listened to was foreign. By the time I started working I started giving to a bit of Nigeria music. It came up to about five per cent and then 10 per cent. Today, I listen to 98 per cent Nigerian music and two per cent foreign music. So you can see that as trend was evolving the opportunity in the music and film industry started coming to the fore. I am a lawyer, I understand how to build legal infrastructure for these businesses to begin to thrive but it needs entrepreneurs and investors. It is on the back of that that I found myself since I couldn't get the client.

Today a new change is occurring which is that content is going to be consumed through mobile devices in the next two to three years. You need to be able to take a position. The position that we want to take in Hi Media, HiTV is that, we will be content supplier of the best both in local channels and through mobile applications that are going to be available. In that case, focus on what you want, build up on it and take it to the place where you are able to distribute it locally and internationally. You find in media the rest of the world is looking for Nigerian content. We have built the channels that we can sell to them, so we are taking these channels through IPT, mobile platforms to the rest of the world. We have just been watching the trend of media across the world and in Nigeria somebody has to stand up to it and it is Hi Media that is doing that and we will continue to do so.

What informed your decision to withdraw from football rights like the European Champions League?

Basically the model worked to achieve only 70-80 per cent of what we planned it for. The remaining 30 per cent which is quite critical and crucial when it comes to sustenance we have not been able to reach in, to own access with other broadcasters. The local broadcasters were not able to come up with co-security that will require them to enjoy it with us even though they openly invited us to come and do it. Even when the regulator intervened that this how much we should charge them we agreed based on that intervention but they have not been able to come to fulfil their part of the agreement.

But with regards to international channels that operate here they don't want to share with anybody else; they want to own them alone. So whereas we thought that in owning the assets we were trying to ensure that at least we can get some of it and then share with other people. But in safeguarding the assets it now looks like it means that we are the only one that will now own it and take the whole bulk of finance and funding. I said if you don't get it you don't get any. So let's get it so that at least, have our own portion and share with other people. But that has not worked because it now means that if we own it, we may now have to take the full brunt of the financials and that cannot work well for a business. Yes, it worked initially, but going forward, it is not the model we want to build. We would rather invest now in going forward in local content and global channels in our distribution network locally and internationally than into sport entertainment.

How would you cover costs of planned increase in channels with no additional cost to subscribers?

We negotiated our bills with all the channel suppliers and because the bulk of their cost was going into football. So we can take that football cost and then split it about any other content so that we can do a bit more. So, rather than spending millions of dollars on football as before, we do that on local contents. When we did football there was no other way. We can now diversify; we don't have to stay in football.

What is the future of Pay TV in Nigeria considering cost of subscription?

As for HiTV the cost will continue to go down. For other people it is a different issue. For us this is our home. For other people it for them to just come and take whatever they can take. I can't tell someone to come and build my father's house for me; I'm the one that can take a risk here. So with regards to Pay TV it has very big prospect in Nigeria. Nigeria has 24 million TV households; we don't have 700,000 Pay TV homes in Nigeria. That is a fraction. So we are far from Pay TV registration.

Where will HiTV be in five years time?

Hopefully, we will have a pay service distributing Nigerian channels all over the world. Locally, we would have hit over a million homes and would have been a major catalyst to an explosion in Nigerian music and film industry. Also we are going to change television forever. Television is going to become something that is local entertainment from game shows; soaps etc. You will have a country of many channels.

What is your experience as employer of labour in Nigeria?

The biggest challenge is people. Nigerian education has taken a massive blow in the last 20 years. The quality of what we are coming out with in university and people's attitude to work is different. For me, the biggest challenge is people. If Nigerians can take their jobs as serious as they can take it a lot of things in this country will be changed. But our generation and the ones below us have lost hope and people are sending the wrong message that it doesn't take all of that to become successful.

People are not putting the effort and the energy. They want reward without work whereas work brings reward. As I tell people, I am only trained in Nigeria. I have never schooled or done any course outside Nigeria in my life. I am fully Nigerian, lived in Nigeria all my life. I did not travel abroad until I was 19 years old.. This is something that I imbibed in Nigeria. So, I don't spare people because I also worked for people for five years before setting up a law firm. I will do any job whether it is mine or not in the same way and people don't see it like that. So in any business it is a problem and when I talk to other entrepreneurs it is a big problem.