PRESIDENTIAL POLLS: SHAPE OF THE CONTEST 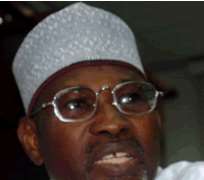 The road map to the country's ascent into the league of big democracies began in 1999. The 1999 and 2003 election presided over by Dr. Abel Guobadia while the 2007 version was overseen by Prof. Maurice Iwu.

The new helmsman of the electoral body, Prof Attahiru Jega, holds the distinction of being the first man from the Northern part of the country.

For this election, a total of 60,823, 022 people registered for the elections, spread across the 6-geo political zones and the 36 states of the federation dissection of the voting population shows that the three geo-political zones in the North have a total of 36,384,689 Of the registered voters while those from the South have 30,263,973

Factors: various factors will impinge on the voting pattern of the electorate in this elections. It will consciously interplay with material and socio-cultural factors that shape and propel politics as a hegemonic contestation for the control of state power. Basically this focuses on the political behaviour, culture and practice of the people.

The just-concluded National Assembly elections draws implicit impetus from the foregoing factors. There is also the interplay of the character of the enabling cultural, institutional, political and socio-economic environment. The entire structure is bound up with a country's constitutional and political history it grows out of the struggle for the expansion of the democratic space in the country.

Zoning: This has been a cardinal principle of the electoral process in the country since 1999. Between 1999 and 2007, Chief Olusegun Obasanjo from the South-West held the forte. In 2007, power was transferred to the North, through the late Alhaji Musa Yar'Adua (North West). He however died in office in 2010 and was succeeded by his deputy Dr. Goodluck Jonathan. Jonathan's involvement in the current race has stirred up deep emotional controversies about zoning, even at the intra-party level.

This singular act of running against the zoning principle has raised issues of national cohesion and harmony, and is primed to be one of the biggest factors in the voting process in the North.

However, of the four major contenders for the position, he is the only one from the South, and will likely get the bloc votes of the area, irrespective of the nature of voting in the National Assembly elections.

Minority sentiments: Historically, this is the first time someone from a minority background is a front runner in the presidential race. Minority groups cutting across all sections of the country are likely to give solidarity and support irrespective of ethnic or geo-political background. There is an estimated 35 million people from minority ethnic groups across the country, according to the global rights report on the 2007 elections.

Religion: In a multi-religious setting, where Islam and Christianity dominate, religious sentiment will play a crucial role in determing the outcome of the elections. Again, Jonathan is the only Christian amongst the four front-runners, it is believed that while the other three will share the Muslim votes, he will get the bloc-votes of the Christians.

Experience/pedigree: Pitched against each other on this level, Gen. Muhammadu Buhari (Rtd) of the congress for progressive change, CPC, towers above the rest. He has ruled the country before, between 1983 and 1985, and is running for the presidential seat for the third time consecutively. He has a reputation for stern discipline, and is widely perceived as having the attributes for transcendental change in the country.

Psychographics: at 53, Jonathan keys into the evolving global change for a generational plan in leadership. This contrasts with Buhari, who at 69 is seen as too old for the dynamics of the job. The youth and women, who constitute more than 65% of the voting population are likely to have a preference for Jonathan.

In the North, the voters will come mainly from urban areas.

Incumbency: Incumbency has always played a major role in elections globally. On the face value, Jonathan's incumbency gives him an adage in the race, with access to funds, the paraphernalia of office, control of the institutions of the state, and security agencies, Jonathan's challenger may have to put in extra efforts to rout him.

Providence: In local parlance, it has come to be known and adopted as Goodluck. A look at their antecedents on this score, show that Jonathan has a better run. From the political blues in 1999. He emerged as deputy governor of Bayelsa State and climbed stealthily within a decade to become the president of the country.

He won the governorship primaries of his party in 2007 before becoming vice presidential candidate. This is his first major electoral contest. On the other hand Buhari has sought for the position twice earlier and failed.

The element of luck will be crucial.