RE: Between Igbo, Yoruba And Other Nigerian Women 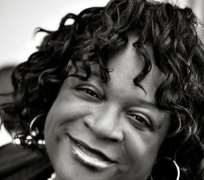 I had followed CFFK's (Femi Fani-Kayode) thread before it was edited and I was tagged. I did not know whether to feel complimented or humbled for being listed with such great women. I was evaluating the criteria for being listed and was particularly tickled by the 'almost messianic' one and wondered whether that was a compliment. My worry was further heightened when FFK proceeded in listing the great women with very many firsts of Yoruba extraction and wondered whether FFK was up to some 'mischief'. Well mischief or not, I thank you CFFK for recognizing women. Nigerian women!!!

I must say that your thoughtful document with great compliments for women buttresses my earlier argument that Nigerian women are not all 'dumb blondes' and docile marginalized people as some will make them out to be. Historically, Nigerian women have been 'Messianic' Checkers – Queen Amina of Zaria, Moremi, Iyoba, Emotan, The Aba women… That was why I created Anne Haatrope, the all conquering hero in 'Checkmate' as a type of Nigerian women who would rise up to fight and defend their people when the need arises. The important thing here is that in the masculine society that we claim we have, the men have always supported and 'allowed' the women do what they had to do without feeling any less a man.

As per the Igbo woman, I might only try to define her in the context of her history. The Igbo girl is an 'ADA' and that is a revered position in Igbo land. The family kindred will usually have an 'UMUADA' society, which is a congregation of all ADA's from a clan. This group is extremely powerful and often determines cases in the families that make up the kindred. Being a member of this esteemed group gives every Igbo girl a revered position, which gives her a say in how things are done. She is thus second to none in her family and has a voice even where men are. In her husband's house, he joins the 'Ndi iyom' (Wives of the house). Here she has a voice too.

Traditionally and historically, the Igbo woman is taught how to be a wife and mother but more importantly a homemaker. That includes how to 'wilfully' submit to one's husband – 'Di bu ugwu nwanyi' – A husband is the pride of a woman.

Igbos lived in a purely agrarian society. While the man plants and owns the king crop 'Yam'; the woman plants the rest of the crops – cassava, cocoyam, corn, vegetables etc. She makes the palm oil, soap, palm kernel oil etc.

While the yam is available for eating by September, the woman feeds the family with the other foods all the year round without making it appear like she is the one feeding everyone.

It is ironic therefore that the woman is called the 'Oriaku' (Chopper of wealth) and the man the 'Odoziaku' (Maker of wealth). Why not? The man 'owns' the land and the woman!!!

Educating the girl child in Igbo land probably started later than the Yoruba's, but once it started, it has been full steam ahead with great schools like Elelenwa, Queens school Enugu, St. Catharine's Nkwere, etc producing great women who are too much for me to list.

The Nigerian Civil war decimated two generations of Igbo men. It left women mostly in charge of the destinies of their and family and race. Women had to do what they had to do. That generation put down the foundation for the growth of the crop of women that we have today. Women who are single minded, full of purpose and belief. The likes Stella Okoli of Emzor pharmaceuticals, Stella Mbubaegbu (CBE) CEO Highbury College, Arunma Oteh of SEC, Flora Nwapa, Dr. Victoria Eze-Okoli, Prof. Chinyere Okunna… all those you wrote and a lot I cannot remember right now.

I guess that what I am trying to say is that historically and traditionally, the Igbo woman has always been a non-effacing, quiet, hardworking, manager of resources, who has a voice in important places. With tenacity and patience, she strives to play her role with candour and pride, making the best of her situation and striving to be better every day. Doing what she has to do is what the Igbo woman does.

If people are beginning to see them as whom they really are then it is a great plus for all women. Nigerian women!!!