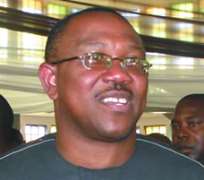 In a statement signed by Mr. Mike Udah, the chief press secretary to the governor of Anambra State, it was disclosed that the state government did not offer any bribe to any person or attempted in any way to thwart the genuine efforts of INEC to conduct a free, fair, credible and violence-free election in the state.

The document in part reads: 'Mr. Peter Obi is a civil, peaceful, democratic and humble man, who has never resorted to fraudulent activities as the governor of Anambra State, not even when his mandate was brazenly stolen in 2003 by Dr. Chris Ngige. So, the present attempts by Dr. Ngige to give the impression that the state government and APGA are striving to shortchange him did not arise and will not fly,' said Udah.

The release wondered why it was only the senatorial election in Anambra Central District that should be trailed by such dramatic controversy generated by the Action Congress of Nigeria (ACN) candidate, noting that the accusation made against APGA in respect of the foregoing had already been addressed by the party.

Udah emphasised that Obi did not request anybody to bribe any person for him or APGA, nor did the state government do so and challenged Mr. Alex Anene to mention the names of those who approached him and offered the bribe, stating that before long the truth would be exposed and the deal by Mr. Anene and Dr. Ngige would be known.