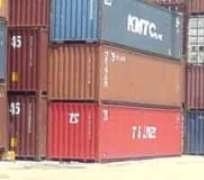 AT a time when the movement of goods and people across international boundaries has become a source of worry to security agencies over possible acts of terrorism, the decision by the Federal Government to implement the Cargo Tracking Note regime for all shipments coming into the country is a step in the right direction. That should help to safeguard the seaports.

Cargo Tracking Note as a security measure was introduced about a year ago by the International Maritime Organisation (IMO) to ensure maritime safety of goods shipped from one part of the world to another. It is meant to be implemented worldwide. The regulation requires shippers to have a Cargo Tracking Note (CTN) accompanying all shipments. It stipulates that shippers must obtain a Cargo Tracking Note from the appointed representative at all ports around the world.

The Cargo Tracking Note is to be issued at the port of loading and the CTN numbers inserted in the Bill of Lading (B/L) and cargo manifests. The unconfirmed fee to be charged is EUR 50 per CTN. However, shipments loaded in ports outside Europe and Africa attract a fee of EUR 70. One CTN must be issued for each Bill of Lading.

For the purpose of implementation, the Federal Government has contracted TPMS Antaser Afrique, a Belgium-based company as the sole representative of the Nigerian Ports Authority, authorised to issue Cargo Tracking Note for in-bound shipment to Nigeria. The choice of a foreign agent as sole agent of the Nigerian Ports Authority (NPA) has generated discontent among stakeholders who questioned the rationale for such a choice instead of a local agent.

But the former Managing Director of NPA, Mallam Abdul Salam declared that the company went through due process, and its expertise was duly established. Under the contract, the company would be required to provide all the equipment and personnel needed. It will however employ Nigerians and ensure the transfer of knowledge.

While the case for in-bound shipment appears to have been settled, there is still no agent appointed for out-bound cargo. An agent is also needed to issue Cargo Tracking Note for all shipments leaving Nigerian ports. It might be appropriate for the NPA to appoint an indigenous agent to provide the services. CTN describes the nature of the cargo, its origin and final destination. The aim is to checkmate terrorists who may wish to perpetrate hideous crimes through the maritime route. Shippers have a duty to inform their agents and ensure full compliance. With CTN, therefore, it would be easy to trace illegal importation into the country. Besides, any act of terrorism would be traceable.

The NPA listed the benefits of global Cargo Tracking Note system to Nigeria to include promoting regulation transparency and safety of in-bound and out-bound cargo, perfect control of freight charges by shipping lines and possible advance billing on cargo owing to provision of advance information.

Consequently, it is now mandatory for all shipments into Nigeria from any part of the globe to have a CTN accompanying the cargo. The scheme, is expected to generate about six million euros annually for government. All charges would be collected in European common currency, which is a deviation from the collection of charges in U.S. dollars. The revenue collected would be used to provide port security.

However, the fees to be charged should be built into the freight charges that importers have been paying. There is need to clarify the true position to enable shippers and agents adjust to the new regime. At this stage, it is advisable for the Federal Government to implement the regime of Cargo Tracking Note without further delay. All the stakeholders should be enlightened on the new requirement.

We support the full implementation of CTN as a security measure. A few months ago, 14 containers laden with dangerous weapons were intercepted at the Lagos port without the Customs and other security agencies having an idea of where the shipment came from and its destination. If there was a Cargo Tracking Note regime in place, the embarrassment would have been avoided. This is why the scheme should be implemented without further delay.