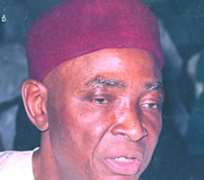 Citing a number of noticeable hitches in the conduct of  the election, the political parties, including the Dr. Olusola Saraki-led Allied congress party of Nigeria (ACPN), Action Congress of Nigeria (ACN) and Congress for Progressive Change (CPC), in a joint petition, addressed to the INEC chairman,  acknowledged the good intention of the INEC  to have a clean break from the past sad electoral experience, but regretted that the idea could not sail as evidenced by the wanton malpractices, fraud, intimidation of opponents, employment of fake electoral officials and connivance of electoral officers in all the 16 local government areas of the state with the ruling party the PDP.

Above all, the coalition, which also included the All Nigerian Peoples Party (ANPP), Democratic Peoples Party (DPP), National Conscience Party (NCP),  National Transformation Party (NTP), Republican Party of Nigeria (RPN), etc., in the petition alleged that  the PDP openly induced voters on the queue with huge sums of money and Ankara wrappers.

In other instances, especially in the rural areas, the petitioners further said corps members assisted in the illegal ballot paper stuffing.

'More worrisome was that unused ballot papers in the botched April 2 National Assembly election were unaccounted for by the state REC and electoral officers; the same were left in the custody of the electoral officers.

'The  electoral officers, in each of the 16 LGAs  of the state never declared balloting booths of the wards before  the commencement of the accreditation and voting despite demands  for such by the party agents, this was the case in the entire state.'

Further, the petitioners stated: 'In most cases, we discovered that the PDP agents in the cancelled April 2 elections suddenly became INEC returning officers in the just concluded elections. A good case is the case of wards Babaloma-Share polling booth 009.'

'Evidence of bought over corps members, thumb printing ballot papers for the PDP, abound in Babaloma ward 1, Adio village, for instance, Dr. Femi Ogunshola, challenged INEC and corps members why it was only the PDP agents that were allowed and admitted to sit in each of the polling units, others party agents were driven away.'

Giving on the spot account and evidences of what it described as monumental fraud of the National Asssembly election in Kwara, the petitioners prayed that 'that the elections into the National Assembly   of April 9 be cancelled as  same were conducted contrary to the electoral guidelines and in contravention of the Electoral Act,  alleging the election was rigged by INEC for the ruling PDP in the State.