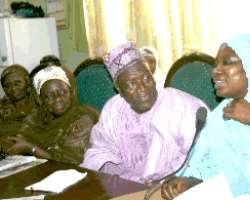 All thanks and praises belong to Allah, Creator, Nourisher and Sustainer of the universe. We beseech Allah to bestow His eternal blessings on our illustrious Master, Nabi Muhammad (peace be upon him).

Oh Muslims, I urge you and myself first to be ever God-conscious and to construct our lives in the shade of divine obedience. On Wednesday 22 April 2009, the eyes of the world focused on South Africa. Approximately 23 million people registered to vote in the National elections on that day.

Hence millions voted and millions abstained from voting, based on their democratic right as South African citizens. I want to state categorically that our khutbah today by no means intends to enter the arena of debate on this hot issue. Rather, I urge you that we remain steadfast and continue the struggle for justice, which is paramount. The struggle for justice is a lifelong struggle. We have many issues and challenges facing us on the pathway of life.

Global recession is on everyone's tongue. And yes, it is a real fear. Thousands of people have lost their jobs and breadwinners panic and battle daily to feed their families. A major Internet search engine company retrenched 7000 (seven thousand) employees. Look at the horror situation unfolding in Dubai. The construction of skyscrapers and buildings have come to a halt, standing half complete, Thousands of cars are abandoned daily as expatriates are fleeing the country, fearing prison, due to high debts.

This glittering city that rose from the desert sand dunes and referred to as 'the capital of bling' has been hard hit by the global recession. Hence this fear is real. But are we only concerned because it is affecting our stomachs and our standard of living? The world has already fallen into the abyss of a spiritual and moral recession. Where was that global concern then? However, we need to rise to this challenge with the realization that we have a recourse. Though the present economic crisis seems bleak and we face certain destruction, yet it is not too late. Our recourse is to turn to Allah, who is closer to us than our jugular vein. The road to success is beautifully taught to us in the supreme guidance of Al-Qur'an and Sunnah.

I would like to share with you the beautiful story told by Nabi Muhammad (pbuh) as documented in the books of Bukhari and Muslim. 'One day three people were on travel. Suddenly they were overtaken by a storm and they sought refuge in a cave. An avalanche occurred and a massive rock blocked the mouth of the cave. The men knew they are faced with certain death, as their combined strength could not even move this rock an inch. They realized their only recourse is to pray very sincerely and ask Allah to help them.

The first one prayed and said, 'Oh Allah. I have two elderly parents. Every evening when I return from my day's work, I first serve and feed them before I see to my wife and children. One evening when I returned, my parents were fast asleep as I came later than usual. I feared to disturb their precious sleep and stood with the milk in my hand till dawn. Meanwhile, my kids were crying, but I could not feed them because I have not fed my beloved old parents. Oh Allah, if I did it seeking your divine pleasure only, then please help us.' Miraculously, the rock moved some inches.

The second one prayed, 'Oh Allah, I had a very beautiful female cousin whom I loved and desired very passionately. One day she was in dire straits and I offered her financial aid on condition that she must have sexual intercourse with me. She consented. But as I was about to commence this evil act of zina, she said to me. 'Fear Allah'. I immediately withdrew. I left her and did not demand the money back from her. Oh Allah, if I did it seeking your divine pleasure only, then help us.' Miraculously the rock moved some inches.

The third person then prayed and said, 'Oh Allah. One day I hired some labourers and then paid them their due. One of them left without his wages. I then used his money to buy some sheep and goats, and with the lapse of time, it increased in bounds. One day he came back to collect his due wages and I said to him. All these goats and sheep are yours. He first thought I was joking, but I assured him that this was all his investment. He happily took everything and left. Oh Allah, if I acted justly seeking your divine pleasure only, then please help us in this desperate situation.' Miraculously the rock moved enough for the three of them to emerge safely from the cave.

The profound lesson we learn from here is that as these three persons were saved by Allah from certain ruin. Likewise, we need to turn to our beloved Creator. We have experienced an avalanche of spiritual and moral recession. The global economic recession is the result of our state of godlessness and promiscuity. Already we can see our homes and lives void of barakah. Where is the time when we had little money and belongings, but we could feed up to 10 and 12 in a family? Now we have much smaller families and we earn huge incomes, but we are up to our necks in debt…

'Before Judgment Day, Allah will take the barakah (divine blessings) out of this earth,' Nabi Muhammad (pbuh) said. So I urge you, Oh Muslims, not to become fragmented and indulge in petty debates. Let us rise up as a dynamic Ummah and contribute to the success and prosperity of our beloved country. We need to fearlessly tell this government to turn the country around, from godlessness towards Godliness. Divorcing God from our political chambers of power will only take this country to destruction. Politicians alone cannot run this country, as they need the guidance and directives of Ulama and religious leaders.

Positive change starts with every individual, which will result into a positive nation. Allah says in His Glorious Book, Al-Qur'an, 'Allah will never change the condition of a people, unless they change what is within and around them.'