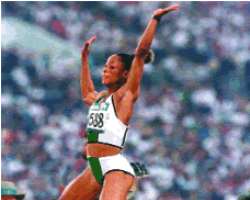 Ajunwa, a police CSP tops the list of those who were early this week drawn into different committees that would drive the development of the game in the state.

A release by the state FA Chairman, Mazi Amanze Uchegbulam, disclosed that a total of 11 committees would be inaugurated next Tuesday at the Hollywood Hotel, Owerri.

Uchegbulam stated that the state FA would do everything possible to raise the standard of the game in the state, even as he charged all stakeholders to rally round the FA. He stressed that the setting up of the various committees is one of the important steps the FA is taking to reposition the round leather game in the state. He noted that the committees are made up of people who have paid their dues in football.

'We have gone for people who are knowledgeable in the game and we hope with their support, the state FA will succeed in taking football in the state to the next level.'