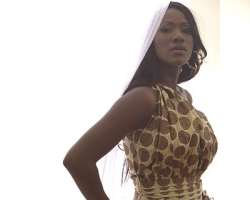 Linus Idahosa, the hunky fiancé of Nollywood beauty, Stephanie Okereke says he is still at a lost as to where a section of the press got the information that his fiancée's family has stopped his planned wedding to their daughter, Stephanie Okereke. In a chat with THE REPORTER, Linus decried the dearth of professional ethics and proper investigative journalism in Nigeria, he said this while promising to deal with the writer who “created” the story. “I know those who wrote the story, it's just that the judicial system in Nigeria is too slow. If not, you should have heard of the steps we would have taken. One thing is sure, I`m not letting this go just like that.”

What then is the true situation of things with Stephanie? “My brother, no matter how public a man or a woman is, there are things you cannot discuss on the pages of newspapers. My fiancée's family, for one, is very angry at the writer of that story. First, there is nothing like that happening. And let`s assume the writer heard a story of that nature, is it right to head straight to the press without even calling the people involved?

Why are journalists getting lazy on the investigative part of their job? It shows publishers now employ half-baked and ill- trained people as journalists. Stephanie and I are still very much on course and they will see us get married soon. But my lawyers will make sure we sue and get justice for this embarrassing story.”

Asked how his bride to be is taking all of this, Linus replied: “She is not letting it get to her. We are all fine.”