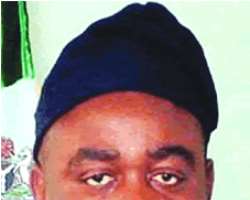 Armed with the promise by the Independent National Electoral Commission (INEC) Chairman, Prof. Attahiru Jega to give the nation nothing short of a credible election this time around, Nigerians on Saturday thronged the various polling units to exercise their civic franchise.

As early as 7.30 am, polling units in Makurdi, the Benue State capital were already breaking at the seams with large number of eligible voters who came out to get accredited in readiness to vote.

But no sooner had they gathered, than the high hopes of the people in the electoral body came crashing like the mighty Iroko tree as Jega announced the postponement of the elections.

First, the news filtered in like rumour but soon gained grounds and became real especially with the information from INEC sources that some of the materials needed for the April 2, 2011 elections were not available. Party loyalists who had mobilized their supporters to come out and ensure that they voted were seen sitting or standing in clusters around all the polling units awaiting the arrival of the INEC ad-hoc staff who were supposed to accredit voters.

In some parts of Makurdi where Daily Sun visited between 8am and 11am last Saturday, agents of the two major parties in the state; the ruling Peoples Democratic Party (PDP) and the Action Congress of Nigeria (ACN) were sighted at polling units, waiting for the arrival of the materials.

Some of them who spoke including Mohammed Idris at the Madikpo/ Yam Market polling unit and Salisu Baba of Madikpo/ Tokunbo Polling unit insisted that they would not move an inch until the materials arrived and accreditation as well as the elections proper were conducted and concluded.

A ride to the Central/Clerk Market distribution and collation center in Makurdi revealed that distribution of elections materials commenced at 11 am to ad-hoc staff, most of whom were National Youth Service Corps (NYSC) members who had been mandated to arrive the venue at 5.30am.

Daily Sun investigation revealed that while materials for the House of Representatives elections were available, those of Senatorial elections were still being awaited from Abuja as at 12noon.

It was also discovered that after the ad-hoc staff had collected their materials, there were no vehicles to convey them to their various polling units, leaving them with no option than to accept the assistance of party stalwarts who offered to convey them in their private vehicles and motorcycles.

While distribution of elections materials were going on, the few security agents who were deployed to the center were busy trying to ensure peace and orderliness in the center, and so, could not escort the ad-hoc staff.

The INEC official who was in charge of the center looked stressed up so much so that when approached to comment on some of the lapses noticed, he declared that he was under pressure.

The Government House polling unit was a sight to behold, as voters and party supporters who were aware that the governor, Dr. Gabriel Suswam would be coming for accreditation besieged the area and waited until he arrived.

While eligible voters awaited the arrival of INEC staff at the polling unit, a concerned Nigerian who noticed the crowd and the need to ensure decorum started giving out numbers to voters to reduce rush when voting finally commenced.