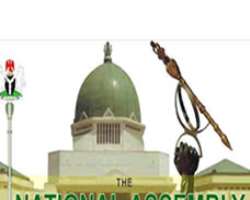 Today is the day of battle to elect 469 persons to be lawmakers for the nation in the next four years. The process would not prove easy as the contestants are in the thousands vying for the positions.

The election would prove testy for several reasons. It is the first of the set of elections that will hold nationwide for the next three weeks. It is also the first of the major elections to be conducted by an umpire many Nigerians believe would make a difference given his background.

The appointment of Prof. Attahiru Jega was heralded by approval almost by all. It was seen as a major wise decision by the government. The outcome of the onslaught today will determine how the ones to come later would work out or not work.

Moreover, it is one election that involves the highest number of contestants as a bloc. With the new voters' registration arrangement, new introductions of once-for-all accreditation and commencement and end of casting of ballots at the same time all over the nation, there seem to be an end to multiple voting as was the tradition in the past. It is indeed an election of very high expectations with that of today as test case.

From reliable facts, the National Assembly position is notably a goldmine, at least with the debate over what percentage of the national budget that accrues to the National Assembly. The issue that triggered a major argument last year exposed the NASS slot as a position of utmost desire by many politicians. No little wonder that there are as many as 3400 candidates in the 36 states slugging it out for 469 positions.

In some places, states and constituencies, it is a fight among big shots and notables in the game of politics.

Many former governors including some that would step down in May are interested in senatorial seats and are in the race. And in addition to the pecuniary trappings of the position of a national lawmaker, the slot is a powerful one that wields influence on how the president manages the nation and what laws are made for the progress and development of the electoral process of the nation.

Nigeria has 109 senatorial positions, with three for each of the 36 states and one for the FCT. The number of contestants for the senate positions is 890 spread across about eight political parties. For the House of Representatives, up to 2,400 candidates for the 360 positions unevenly distributed among the states according to the varying number of federal constituencies.

While the contest today will just be the normal election, in some senatorial zones, it is just more than the ordinary contest. And the scourge of dropping of present senators and House members in most states makes the contest in so many constituencies open-ended. In states like Ebonyi, Imo, Anambra, no senatorial candidate is returning, at least on the platform of the same party it vied in 2007. The first two states have no senator returning while Anambra has one serving senator returning but on the platform of another party. In Lagos State, it is a fight for new candidates as the major party dropped two of the three senators currently there for new contenders.

Kwara and Borno states have a peculiar case of where the incumbent governors who would serve out their tenures in May are contesting for the senate. They are Governors Bukola Saraki and Ali Modu Sheriff respectively. Sheriff on his return would make an emeritus senatorial reputation having been there in the stillborn 1992 elections. In Imo, Chief Achike Udenwa, the former governor, has been bit by the bug of governor-to-senator tradition as he contests today on the platform of the ACN for the Orlu district senatorial seat with Chief Hope Uzodinma of the PDP.

The senate also has become a very strong attraction for ex-governors like Saminu Turaki (Jigawa) Adamu Aliero (Kebbi), George Akume (Benue) and Chimaroke Nnamani (Enugu) By the time former Abia State governor, Dr. Orji Uzor Kalu, Saraki and Sheriff and Udenwa join if they win today, there would have been eight serving or ex-governors as senators after leaving office of state governor.

The contest for the senatorial positions would be keen, but in Anambra State, especially the Central Senatorial Zone, the fight is actually just more than a keen contest. It might go as the hottest in the nation today. The sitting senator of the zone, Annie Okonkwo who was refused a return ticket on the PDP platform shipped out to the Accord Party while ousted governor, Dr. Chris Ngige of the ACN and former Information and Communications Minister, Prof. Dora Akunyili of the APGA will lock horns with a relatively unknown PDP candidate. It is also the same in the Ebonyi South Senatorial race where an ANPP candidate vies for the seat against a PDP candidate as major contestants. In the Ebonyi North zone, the brother in-law of the governor will do battle with an ANPP candidate who has the blessing of former Governor Sam Egwu. But what makes the South zone dicey is the fact that the ANPP national chairman, Dr. Ogbonnaya Onu is from there and his candidate will contest against the PDP opponent who has the backing of the state governor.

Another witty battle will hold in Abia North zone as former governor, Kalu and serving populist Senator Uche Chukwumerije will fight hard over the ticket. Ousted former Governor Olusegun Agagu of the South district of Ondo State will be tackling a Labour Party candidate. In fact, the fight in Ondo is just between the ruling LP and the PDP.

Ogun State is a turf where the emerging South West political bloc, the ACN will throw in all to upset the PDP that one of its candidates is Iyabo, serving senator and daughter of the former President Olusegun Obasanjo. But her opponent in the central district of the state is not a mean contestant, but the daughter of another influential personality, the late MKO Abiola. Lola Abiola- Edewor who contends with Iyabo is a former member of the House of Representatives and she contests on the platform of the PPN. Their albatross in the zone is the ACN candidate, Gbenga Obadara.

In Enugu State, the ex-governor, Nnamani, a sitting senator and one nobody would actually account for what he achieved in the past four years in the Senate is intending to go back through his PDC, and he contests against one of his foot soldiers as governor, Gilbert Nnaji who had been in the state Assembly before now. In the Enugu East zone, Nnaji is said by insiders to be one who knows Nnamani and his tricks so well and the right person to give him the real fight. Ironically, the Nnamani PDC has no candidates in the other senatorial zones as Deputy Senate President, Ike Ekweremadu's major contender in the west district are APGA and ACN candidates.

The ACN national leader, Bola Tinubu decided to personalize the contest in the Lagos Central zone where his wife is the major candidate on the party's platform. Given the popularity and dominance of the party in Lagos, there seem to be no contest for the post. It is like an accomplished fact that Tinubu can't fold his hands and watch anybody win his wife in such crucial fight. In the other zones, Alhaji Gbenga Ashafa and sitting senator, Ganiyu Solomon would likely have easy victories because of the popularity of the party in the state.

As the die would be cast today, Nigerians, the international community and indeed election observers who would throng the nation from all over the world will join in either commending or condemning Jega and his style.

It is also left for him and his system to justify the high expectations Nigerians have of him to redeem the nation from the old dirty order that climaxed in 2007 under the supervision of Prof. Maurice Iwu to an extent that a president elected through that charade, late Umar Yar'Adua, admitted to Nigerians that the elections were grossly flawed.

As 73.5m voters all over Nigeria file out into 120,000 polling units in 8,800 wards, history would be made today on whether the nation has commenced its process of democratic growth or whether the old retrogression still prevails.