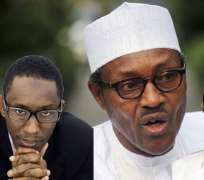 ABUJA - THREE major opposition presidential candidates belonging to the All Nigerian Peoples Party, ANPP; the Congress for Progressive Change, CPC; and the Action Congress of Nigeria, ACN; yesterday, resolved to boycott the scheduled March 29 presidential debate being staged by the Broadcasting Organisation of Nigeria, BON, on the basis of what they alleged as the impunity of the ruling Peoples Democratic Party, PDP.

The trio, Mallam Ibrahim Shekarau of the ANPP, Muhammadu Buhari of the CPC and Nuhu Ribadu of the ACN conveyed their decision in a joint press statement endorsed by their spokespersons.

They specifically claimed that President Goodluck Jonathan's decision to boycott the earlier debate hosted by the satellite television channel, NN24, after false leads was a slight on the three candidates.

They were immediately challenged by the Goodluck Jonathan Presidential campaign to rethink their decision on the basis of what it claimed was that the BON debate would provide a golden opportunity for Nigerians to assess the various presidential candidates.

Eight candidates
The decision left Prof. Pat Utomi of the Social Mega Democratic Party, SDMP, and Mr. John Dara of the National Transformation Party, NTP, as the major figures left of the eight presidential candidates invited for the debate. Others to debate with Jonathan are Hon. Amisu Santuraki of the Mega Progressive Peoples Party, MPPP; and the only female candidate in the presidential race, Chief (Mrs.) Ebiti Ononyom Ndok of the United National Party for Development, UNDP.

The debate is organised by the Nigerian Election Debate Group which comprises the Nigerian Guild of Editors, the Nigeria Union of Journalists, the Alliance for Credible Elections, ACE, among other civil society groups.

The presidential candidate of the National Conscience Party, NCP, Bashorun Dele Momodu; on his part rebuked Buhari, Ribadu and Shekarau for the decision describing their action as an ego trip. Momodu said indiscipline must not be replied with indiscipline as he said that he was on his part ready for the debate.

Vanguard learnt, yesterday, that Momodu was not listed for the presidential debate.

The candidates were reportedly chosen on certain criteria including the number of candidates fielded by their parties to contest the House of Representatives election.

The decision of the trio to boycott the debate, Vanguard learnt, was mooted while they waited vainly for President Jonathan to arrive for the debate hosted by the NN24 last Friday. Sources said the three presidential candidates in their discussions decided to boycott the BON event as a way of expressing their displeasure of what they felt was the President's action.

One of the spokespersons told Vanguard that the candidates were even more peeved by the failure of the President to apologise over his action.

In the statement signed on behalf of the three candidates by Sule Yau Sule on behalf of Shekarau; Yinka Odumakin on behalf of Buhari; and Ibrahim Modibo on behalf of Ribadu, they said: 'We had held series of clear-the-air meetings under the auspices of the organisers at which logical and other arrangements for the debate were exhaustively discussed.

'The representative of the Goodluck Jonathan Campaign Organisation, Dr. Doyin Okupe, was in attendance and actively participated in all deliberations.

It was at Dr. Okupe's instance that the two dates earlier proffered by the organisers; March 8 and 15, as contained in the memorandum of understanding signed by the three candidates were rejected because according to him, those dates were not convenient for his candidate. Dr. Okupe, on behalf of President Goodluck Jonathan, suggested the March 18 date in which the debate was successfully held.

'We are highly suspicious of the celebrated romance with the BON debate by the President Jonathan's camp which shunned the NN24 debate without an apology. We can only hazard that since most of the agencies organizing the BON debate are government parastatals, the organizers may not be in a position to resist the request for advance questions being given to the debates in which the NN24 agreed with us because they were independent.

This does not mean that the men and women running these agencies lack integrity but the awesome power of the presidency may be too much for them.'

Reacting to the development yesterday, Mallam Abba Dabo, the director of Media of the Jonathan/Sambo campaign appealed to Buhari, Ribadu and Shekarau to reconsider their decision saying that the President is very well prepared for the debate.