WHO WINS NIGERIAN IDOL THIS WEEKEND? 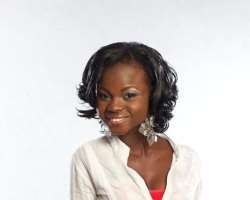 NIGERIAN IDOL: WHO WINS THE PRIZE?

For the first time in the history of reality TV in Nigeria, two ladies- Yeka Onka and Naomi Mac are the final two contestants slugging it out for the final prize And this Sunday March 27, 2011, a winner in the first season of Nigeria's biggest music talent show ever!.

The TV reality show which has been the talk of the town since kicking off in November 2011 is finally coming to an end this Sunday and the
producers are seeing to it that the grand finale is a remarkable one for TV viewers in Nigeria, UK and America.

Already, the evicted 11 finalists- Ola, Nina, Chito, AJ, Tonii, George, Zoe, Alex, Glory, Bibi and Emmanuel are on camp at the Dream studios rehearsing for the final show and recording a team song with Naomi Mac and Yeka Onka

The winner will be announced at a star-studded event holding at the Dream studios in the presence of select key guests which will include
the crème de la crème of the entertainment industry, sponsors of Nigerian Idol and of course friends and relatives of the final contestants.

Aside the fact that fast rising stars like Praiz and Retta will perform; there promises to be performances from two special A list artistes- an international act and a Nigerian superstar.

The show which debuted on Sunday November 21, 2011 has gone through raw auditions to theatre auditions to workshop phase, to top50 phase, to the top 10 phase; wild card twist to top 13 phase to evictions!

“Numerous talents came for raw auditions; and with the help of the judges and the viewers, we have been able to cut it down to 100, then
50, 13 and now we present to you two divas- Yeka Onka and Naomi Mac who will be slugging it out for the grand prize” Rotimi Pedro MD of Optima Media Group says

And even though both ladies have their eyes on the grand prize of a recording contract, 7.5Million naira courtesy Etisalat and Royal Exchange, a brand new car courtesy Tom Tom and a Sony entertainment TV center, there is no denying the fact that the ultimate prize is an opportunity to become an international music star, and a proud global ambassador of contemporary Nigerian music.

Who wins this Sunday? Yeka Onka or Naomi Mac?

Onyeka Gilbert a.k.a Yeka Onka looks like a model straight from a fashion magazine. Her looks don't lie because Yeka is indeed a former beauty Queen. She was crowned Queen of Abia at a beauty pageant in 2006. Winning the beauty pageant opened up a lot of doors for her but according to the tall, dark beauty being the Queen of Abia didn't really pan out well as she expected.

The beauty pageant was an aside for her really. Her real passion in life had always been music. From a tender age, she had been singing with her family band. “My father was the leader of the band and he played the saxophone, guitar and the piano very well. My mum was the
lead vocalist while me, my sisters and my brothers were backups.”

Yeka's confidence was not dented by her orphan state. The word 'no' simply does not exist in her dictionary. Rather than accept 'no' from the Idol judges at the audition stage, the 26 year old beauty embarked on an 'Idol mini tour' that took her from Enugu to Calabar and finally Lagos where she eventually got her 'Yes'! She says she probably couldn't have done it alone but for the chance meeting with an Idol crew member after her first rejection in Enugu. The crew member had encouraged her then by saying “it's not how hard you fall but it's what you do after you fall”. With that mentality she is giving Nigerian Idol all that she's got.

Naomi might be the youngest contestant in Nigerian Idol now but her confidence and carriage doesn't betray her 19 years of age. Born and
raised in Ajegunle (a fact that she is very proud of), the smallish singer bashfully confesses that she has never been to her home state
of Bayelsa. She started singing at age 7 when she and her sisters formed a group.

The group of sisters started singing in their church and later in other churches in other states.“I actually found out that I had a talent, a gift…so I decided to develop and do more with it”, says Naomi, who is the third child of her parents, of why she chose to be a singer. It seems she chose the right path because as the girls' band success began to increase; their father who was a photojournalist had to quit his job to become his daughters' road manager. Her mum is a traditional masseuse. On being on Nigerian Idol, she says she “feels great and honoured” to be part of the epic music reality show. “It's like a dream come true for me.” She tags her most memorable performance as the one where she had to dress like a guy so she could perform an R.Kelly number.

She is currently in a relationship and proudly states that her boyfriend, who she met in church, is the reason behind her success and has watched her perform a number of times during the competition. As of now she worships at The Father's House and her favourite judge is
Jeffery Daniels because he is “young at heart”.