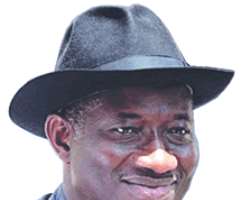 
President Goodluck Jonathan has dismissed the anti-corruption posturing of presidential candidates of the Congress for Progressive Change (CPC), General Muhammadu Buhari, and the Action Congress of Nigeria (ACN), Malam Nuhu Ribadu, saying their submissions on the issue at the Presidential debate on Friday were hypocritical and self-serving.

The Presidential Campaign Council (PCC) of the Peoples Democratic Party (PDP) in a statement on why President Jonathan was absent at the debate, urged the presidential candidates to desist from selling wrong images about themselves, stating that evidence detailing their misdemeanour and unwholesome conduct in the past abound to prove that they were not the innocent politicians they claim to be.

In the statement issued by Director of Research and Strategy of the PCC, Mike Omeri, he noted that it would have been more acceptable if Buhari and Ribadu limited their campaign promises to the manifestoes of their respective political parties and the personal agenda they have for the country rather than portraying themselves as apostles of anti-corruption, which they are not. The council said the antecedents of the two self-acclaimed anti-corruption 'stars' had proved they had had their hands soiled with acts of corruption when they were in government.

It threatened to expose the two presidential candidates and match them action for action in their avowed commitment to dent the image of President Goodluck Jonathan with the lies they had been peddling against him.

Omeri recalled that in 1984 General Buhari exhibited double standard in public administration by allowing 52 suit cases suspected to be filled with hard currency through his ADC into Nigeria without passing through the customs checkpoint for the usual mandatory customs clearance.

He said the development was a clear case of money laundering. 'And we wonder what moral right such a candidate had to talk about anti- corruption'. The statement further said the case of Nuhu Ribadu, the erstwhile chairman of the Economic and Financial Crimes Commission (EFCC), was more shocking. According to the PCC, in 2007, while answering questions from the Senate on the alleged acts of corruption by some governors, Ribadu pointedly said that the corruption of former governor of Lagos State, Senator Bola Tinubu, was 'of international dimension'.

It added, 'Is it not curious that the same person with such a tag is now the political godfather of Ribadu and sole financier of his political campaigns?

'To also show Ribadu's lack of faith in the anti-corruption fight, he recently said and we quote: 'I won't bother myself with the integrity of politicians that would fund my campaign. I will take corrupt politicians money for my campaign as far as the money is not put in my pocket.'

'What kind of role model is Ribadu and how can Nigerians believe him if he says he would jail corrupt politicians if he emerges the country's president?

'Ribadu, by such posturing, has given Tinubu a clean bill of health, which is not only hypocritical, but evidence that given the same opportunity he would not have done better than the governors he had indicted.