FRIDAY SERMON: THE DANGER IN ARROGANCE 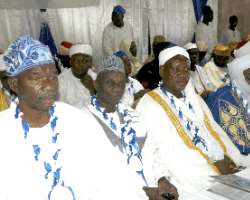 More Sunlight of Islam Stories
First Khutbah
O Muslims! When people stray away from the truth, shun true guidance and possess characteristics other than those on the right path, it is natural that problems increase, adversities become overwhelming and people are subject to great dangers, especially when the cure for such problems is not readily available and treatment is very difficult.

There are many adversities, which can afflict people, but perhaps the most evil of all of them is unchecked greed, which some people possess, along with the eagerness to be superior to others. This sometimes gets to a level such that the people who are afflicted by this become arrogant and think of themselves as being perfect and far above all others.

Possessing this dispraised characteristic can lead one to reject the truth and oppose it, as well as make a person become too arrogant to accept the truth and the signs of Allah. On top of all this, it leads some to oppress others and wrongfully usurp their wealth, honour and even their life.

This problem necessitates a precise treatment, which the Qur'an has highlighted when it described the actions of such people, dispraised them and warned all of us against following their example. The Qur'an also illustrated the evil consequences of their actions, such as in the example of Pharaoh where Allah tells us that the humiliation, punishment and adversity, which he suffered, were entirely due to the evil consequences of this dispraised characteristic, which he possessed. Allah says: 'Indeed, Pharaoh exalted himself in the land and made its people factions, oppressing a sector among them, slaughtering their sons, and keeping their women alive. Indeed, he was of the corrupters' (Al-Quasars: 4).

When Allah sent Prophet Musa, peace be upon him, to Pharaoh and his followers, they were arrogant and belied him, which made them worthy of punishment, as Allah says as: 'Then We sent Musa and his brother Aaroon, with Our signs and evidence and a clear authority. To Pharaoh and his establishment, but they were arrogant and were haughty people. They said: 'Should we believe two men like ourselves, while their people are for us in servitude?' So they denied them and were of those destroyed' (Al-Mu'minoon: 45-48).

Allah has also explained that the reason behind Pharaoh and his people rejecting the clear signs and miracles by which Allah supported Musa, peace be upon him, was due to nothing but their arrogance and oppression; Allah says: 'But when there came to them Our visible signs, they said: 'This is obvious magic.' And they rejected them, while their [inner] selves were convinced thereof, out of injustice and haughtiness. So see how was the end of corrupters' (An-Naml: 13-14).

Slaves of Allah! The evil impact of this dispraised characteristic on the individual's personality is enough of a reason for people of understanding to be extremely cautious of it and therefore shun it. How much worse is it then when the Qur'an has promised those who possess this wicked characteristic of a severe torment, and has outlined the evil consequences, which will result from this?

In fact, the result of this is that it will make a person fall into pride, about which the Prophet sallallahu 'alaihi wa sallam warned against when he said, as narrated by 'Abdullaah Ibn Mas'ood, may Allah be pleased with him: 'Whoever has as little as an atom's weight (or an ant's weight) of pride will not enter Paradise' (Muslim). Allah says, 'That home of the Hereafter (i.e., Paradise), We assign to those who do not desire exaltedness upon the earth or corruption. And the [best] outcome is for the righteous' (Al-Qasas: 83).

Second Khutbah
Slaves of Allah! The supremacy of the pious, the exalted rank of the virtuous and the superiority of the strenuous worshipers cannot be considered arrogance; this is because it is only being proud of that which is the truth, and a competition in that which is righteous. In fact, Allah describes His believing slaves and sincere soldiers as supreme and superior when He says: 'So do not weaken, and do not grieve, and you will be superior if you are [true] believers' (Aal 'Imraan: 139) He also says to Prophet Musa, peace be upon him: 'We [i.e., Allah] said: 'Fear not! Indeed you will be superior.' (Taa Haa: 68).

This is because this type of supremacy and superiority is by virtue of the truth and by Allah's religion, which He decreed would reign supreme, Allah says: 'It is He who sent His Messenger with the guidance and the religion of truth to manifest it over all religion, although those who associate others with Allah dislike it.' (As-Saff: 9). And also: 'So do not weaken and call for peace while you are superior; and Allah is with you and will never deprive you [the reward] of your deeds.' (Muhammad: 35).