JOS PLATEAU CRISES; WHERE EVERYBODY IS A LOSER 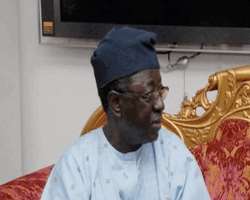 I am writing this article with a heavy heart this evening. Innocent university students have now become part of the casualty of the Jos crises. The Federal government must move Unguwan Rogo or move the University. One must happen.

The basic doctor or even a Nurse will tell his patient that no doctor worth his salt will use the same drug twice more so when the drug did not cure the illness the first time. Secondly the bacteria or organism has developed resistant to the drug.

Calling for so called state of emergency on the Plateau is akin to using a failed drug which the bacteria have developed resistant to it to treat the same illness.

All honest persons who want peace to return to Jos should call for the full implement of all the reports of all the commissions of enquiry into the protracted crises from 1994 to date. Anything short of that is wastage of time and resources.

Even as it is, the problem is restricted to Jos and environs. 80% of Plateau state is safe.

As it is now everybody is a loser in the Jos crises whether you are in Unguwan Rogo or New Jerusalem. When I listened to BBC Hausa service the other day, both Christians and Muslims were moaning their losses. I still believe the combatants can and will see reasons why they should sheath their swords. Between the 24th of December 2010 when the bombs were planted in Gada Biyu and Unguwan Rukuba and the 22nd of January 2011, over 200 innocent persons have been killed.

Those who created this problem in the first place should go and hide their head in shame. That is why military rule is very bad for the society.

As it is now there is good news for Mr President because all the parties to the conflict in Jos be they Hausas, Igbos, Yoruba, Berom Anaguta, Christians and Muslims are calling for the implementation of the reports of the commissions of enquiry into previous Jos crises and punishment of those found wanting.

Declaration of the so called state of emergency will never solve the Jos problem. It did not solve it in 2004, it can never solve in 2011 more so now the people in Jos and more polarized. The dimension the crises have taken is frightening because women and the citizens are not afraid of soldiers with guns anymore. That was why 14 students were short by the soldiers on Saturday 29th January 2011. The short at site order is a completely wrong idea. The military must be withdrawn from the streets of Jos to preserve the little integrity and respect left of them.

Our elite especially those sponsoring the Jos conflicts must learn from history of other places be it Rwanda, Burundi, Sudan Lebanon, Iraq and even Somalia.

No one tribe or religion has ever conquered or won the Jos type of conflicts. Take the case of Sudan for example after about 55 years of war, the Arabs with a population of about 38 million people could not defeat Southern Sudan with a population of just 4 million people. We all know they eventually had to sit at round table for peaceful negotiation of their eventual break up. We all know a mistake was made in the creation of Jos North local government in 1991. That mistake can be corrected if the will is there.

As it is now everybody in Jos and even Nigeria is a loser as far as the Jos crises is concerned. Virtually all the tribes in Nigeria whether big or small have lost their people.

Implementation of the previous reports and the punishment of those found wanting in sponsoring the Jos crises is the only antidote.

Mr President has the golden chance to make history and halt the Jos crises once and for all.

After all the Ife/Modakeke, Urhobo/Itsekiri Warri and the Uguleri/Umuleri was worst than Jos crises. The President must be brave and muster the will to implement those reports to save innocent lives lost in Jos daily.

Kind regards and God bless the Federal Republic of Nigeria.