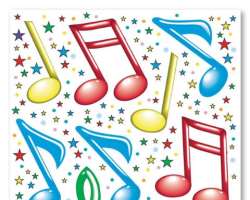 HIS reign was eventful and exciting. With the release of his debut album, Denge Posse, Baba Fryo ( real name Friday Igwe) changed the face of ghetto music and his follow-up job, Notice Me, equally did well in the market, until the bubble burst. He literally went out of circulation. But to this assertion, he says: "I've been silently working on something new and beautiful. I've never been missing from the game. By the special grace of God, my new work would be out before the year runs out".

On the sweeping wave of new generation musicians especially from Ajegunle, Baba Fryo agrees that the new kids on the block have taken over. He however believes they still play dancehall music.

"It is still dancehall thing. It is only the tone that has changed and I'm working to beat their standard. It is not that the younger musicians are better, but we understand that change is inevitable," he adds.

On the widely reported problems he purportedly had with his former label, O'Jez Music, Baba Fryo asserted that there was really nothing to the story. He likened his experience at O'Jez to that of a traveller who missed his way and had to sit down, think and retrace his steps to return to where he came from. "I've no problems with O'jez," he emphasised.

Still on the development of ghetto music, he said the likes of himself, Daddy Showkey and Daddy Fresh have attained such high standards, that the younger acts would need to rise up to.

"Although they're trying, I would advise them to be conscious because their music should be educative. Right now, I can't mention names. But some of them are good and I pray that they go very far in music," he says.

To him, with professionalism and commitment, the future can only be brighter and better. He branded his music as a different kind of dancehall, hinged on morals and soul-lifting messages.

Whilst many other older generation artistes may feel frustrated, Baba Fryo, see it all differently. "I'm not frustrated with the system, at all. You have to meet with conditions and things in the system. Move with the same pace and then, there would be no stopping you."

Baba Fryo radiates so much confidence and rather than see this new musical revolution pervading the country, particularly from the renowned AJ City, as a problem, he opines that it could only make the game tougher, sweeter and produce more exciting prospects.

Baba Fryo who recently went on tour of Dublin, Ireland, speaks on his experience there and in the music industry generally.

His show in Dublin

The trip was beautiful and I would say Pretty tried a lot. I'm talking about Pretty in the Junior and Pretty group. It made me believe there's a bright future for the industry. Our shows were beautiful and the reception and audience was also great.

How many shows did you play and where?

I played in Cork and Gulway.

What did you learn on the trip?

Quite a lot, particularly about their lifestyle and governance. They live well and comfortably and I pray Nigeria also attains such level someday.

Have you really made money from music. If not, aren't you bothered?

Well, I would say I've made money and I'm still making money and I'm not tired yet. How can Baba Fryo stop looking for money when the likes of Obasanjo are still hustling for money? I can't boast of having enough money now. Remember that no man is ever satisfied until he dies (laughs).

How much are you worth?

I can't tell, only people who see me and know me can do that. I'm not boastful person. I'm an African and I can't count my chickens.

Let's talk about the fame and pains you've experienced so far...

Hmmh, the fame and disappointments. I give thanks and praises to God. I have no regrets about anything. If you make mistakes in life, you just have to move on and not dwell on them. I believe I've corrected my mistakes. No regrets.

How many years do you have in music?

Which of your albums would you say is your best?

I've done three albums now and the fourth one is coming out soon. I think I'll have to wait until I finish work on the fourth one. Among the three however, I'd pick Notice Me.

How do you relate with other artistes?

We relate quite well, but most times, I love being alone. I respect the elderly ones and also expect the younger ones to show me similar respect.

Is the music industry better? And are you well treated?

I would say yes because in those days, it was sort of sick. Thank God today, artistes are riding big cars and raking millions. It shows that the industry has really improved. I pray that it gets better. However, the pirates are the problems.

What is your greatest regret or pain in the business?

Oh, that was choosing the wrong person to be my manager. And he did my career so much damage then. Other than that, I have no regrets.

How many tracks do you have in your new album?

I'm working towards 12 tracks, including Shine Congo and Adatra.