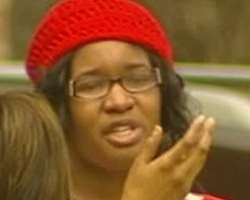 Huhuonline.com can disclose that the U.S. Marshals have added Jessica Rene Tata, a Texas daycare provider to their 15 Most Wanted fugitive list.

Jessica Renee Tata is wanted on four counts of manslaughter, six counts of reckless injury to a child, three counts of abandoning a child under 15 and unlawful flight to avoid prosecution.

As huhuonline.com / previously reported, on Feb. 24, Tata who owned and operated Jackie's Day Care in Houston allegedly left the premises leaving seven children alone in the house with a pot of oil on a burning stove.

The Houston Fire Department (HFD) responded to the residence at 1:30 p.m., following a 911 call reporting a fire. Upon arrival, the HFD discovered the seven children inside, four died from their injuries and three survived the fire.

Huhuonline.com checks reveal that the HFD arson investigation determined the pot of oil left on the burning stove was the cause of fire. Investigators also determined through recorded video surveillance at a nearby store that Tata arrived at the parking lot and entered the store at 1:09 p.m. The video shows her leaving the parking lot at 1:24 p.m.

HFD investigators attempted to interview Tata on the morning of Feb. 25, but she refused to answer any questions about the fire. During a second attempt to interview her later the same day, she told investigators to refer all questions to her lawyer. This is the last time law enforcement saw Tata.

The U.S. Marshals Gulf Coast Violent Offender and Fugitive Task Force were called in to help locate Tata. The Task Force discovered Tata flew to Georgia Feb. 26 and suspect she has fled to Nigeria. Jessca Tata parents migrated from Nigeria to the United State of America.

'Jessica Tata chose to flee from the consequences of her actions that left four innocent children dead,' said T. Michael Earp, U.S. Marshals Service Assistant Director of Investigative Operations Division. 'We will do everything within our power to ensure she has her day of judgment in a U.S. court of law.'

On Feb. 28, the 180th District Court charged Tata with reckless injury to a child and a warrant was issued for her arrest. On Tuesday, the court charged her with six counts of reckless injury to a child and three counts of abandoning a child under 15, both charges are felony offenses. The Southern District of Texas charged her with unlawful flight to avoid prosecution on Wednesday. An Interpol Red Notice has also been published.

A grand jury indicted Tata on four counts of manslaughter Thursday in the 180th District Court.

Tata is a black female, 5 feet, 10 inches tall and weighs 180 pounds. She has black hair and brown eyes.

A reward up to $25,000 is being offered for information leading directly to Tata's arrest.

Anyone with information on her whereabouts is urged to contact the nearest U.S. Marshals office or theU.S. Marshals Service Communications Center at 1-800-336-0102.