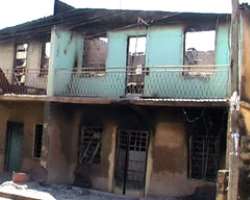 Former Head of State, General Yakubu Gowon, and two former governors of Plateau State, Chiefs Solomon Lar and Joshua Dariye, have agreed to appear before the Prince Bola Ajibola-led Commission of Inquiry set up by the Plateau State government into the Jos crisis of last year.

Their appearance before the commission, which was inaugurated by Governor Jonah Jang to probe the November 28, 2008 unrest in some parts of Jos North Local Government area of the state, is expected to hasten the peace process in the state.

Ajibola, a former Minister of Justice and Attorney-General of the Federation, who said this in Jos yesterday at a news briefing, added that the trio had agreed to appear personally and suggest ways of reconciling all the aggrieved persons during the crisis.

“Some of the cardinal measures to achieve its desired goals are to involve stakeholders in resolving the Jos crisis.

“It is gratifying to note that, they, (Gowon, Lar and Dariye), are willing to contribute ideas at a convenient time to be determined by the commission,” the Commission Chairman said.

The News Agency of Nigeria (NAN) quoted Ajibola as saying that the commission since its inauguration had been working earnestly to unravel the remote and immediate causes of the unrest.

According to him, the commission had so far received 217 memoranda with 219 exhibits from witnesses while 110 witnesses had so far appeared and given testimonies.

The chairman said the commission had in the past, broken into sub-committees and treated 107 memoranda, while the remaining 100 memoranda would be treated as the commission progresses in its assignment.

He added that on April 8, 2009, members were divided into sub-committees to consider memoranda and examine exhibits tendered before the commission.

“The idea is to have a fair idea of the substance of this assignment.

“The remaining memos are based on the requests for claims, which we are already looking into,” Ajibola added.

He also said the commission would have another time to visit the affected areas to satisfy the request of many witnesses that appeared before it.

According to him, the commission had a list of those invited to come before it and give evidence based on accusations received from witnesses to ascertain their roles.

Ajibola noted that hearing was progressing satisfactorily, adding that the commission had received enormous facts about the unrest, describing the situation as enlightening.

He said the commission was not facing any obstacle, but admitted, however, that if there is anything, it was asking those to be invited to appear before it.

According to him, more than 100 people are to be invited to appear before it.

Meanwhile, at the resumed hearing of the commission yesterday, the Church of Christ in Nigeria (COCIN) was represented by the Secretary of its Board of Trustees, Rev. Dachollom Datiri.

Datiri in his testimony said the Church suffered human, material and physical losses during the unrest and put the physical damages incurred at N18 million.