GOVT SET FOR ANOTHER BUY-OFF OF BANKS' BAD LOANS 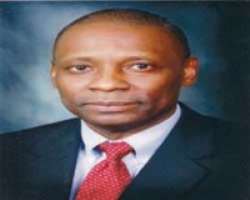 AFTER a successful buy-off of some toxic loans from the nation's troubled banks, the Federal Government is forging ahead with the second phase of the exercise aimed at strengthening the affected financial institutions and the banking sector.

The next phase of the exercise, unveiled by the Asset Management Company (AMCON) yesterday, involves the purchase of non-performing loans (NPLs) from N20 million and above from the banks.

AMCON hinted yesterday that it was set for the second round of buying the bad loans and also on course to 'soak up' all the bad credits by the end of March 2011.

The outfit was set up last year to absorb bad loans from the banks in exchange for government's bonds in order to rebuild the lenders' balance sheets after a $4 billion bailout in 2009 from the government.

It thereafter issued three-year zero-coupon bonds with a face value of N1.03 trillion to 21 lenders in December in exchange for the NPLs, paying a discounted total of N770 billion in the first round of the purchases.

According to agency report yesterday, AMCON Chief Executive Officer, Mustapha Chike-Obi, said the organisation was set to 'soak up the remaining bad loans of N20 million ($130,500) and above by March 31, 2011,' adding that the management plans to issue a further N500 billion in bonds to complete the exercise.

'We are sending out notices tomorrow (today) in which we will invite the healthy banks to submit non-performing loans with a face value of N20 million (and above),' Chike-Obi said.

He further told Reuters that his outfit was set to recapitalise the nine lenders rescued in the 2009 bailout by the end of June, as planned.

Chike-Obi said AMCON had received all regulatory approvals to issue fully tradable bonds by the end of March. The bonds, it has so far issued, have been consideration bonds pending the approvals and will now be converted to listed debt.

Fitch Ratings recently said AMCON's guidance on the purchase of bad loans from the failed banks was a positive first step in addressing the uncertainty affecting the institutions.

The board of AMCON had approved the purchase of all the margin loans in the banking sector and all the NPLs of the rescued banks in excess of N2.2 trillion ($14.5 billion).

The company had said it would reach agreements with the nation's banks on the pricing of the NPLs latest November 15, 2010 and settle the transactions by December 31, 2010.

'These measures will assist rescued banks in dealing with their asset quality and recapitalisation issues. They will also allow banks that did not fail to benefit by offloading problematic share-backed loans,' says Anthony Walker, a Senior Director in Fitch's Financial Institutions' team. 'The removal of these assets is likely to be critical to any new strategic investor seeking to inject capital into a rescued bank.'

AMCON had provided details of its valuation methodology with NPLs backed by the shares of listed companies, valued at an implied premium of approximately 60 per cent on the 60-day average of recent prices ending November 15, 2010. Also, AMCON indicated that it would also acquire other NPLs backed by other forms of collaterals based on current market valuation while unsecured loans would be valued at five per cent of the principal value.

The premium for acquiring NPLs backed by listed shares appears fairly generous for the banks in Fitch's view, since it is based on the assumption that the fair value would be twice the book value.     Consequently, the gains realised on the sale of these NPLs could serve to unwind a portion of loan loss reserves and help to reverse negative equity positions of the rescued banks' while also improving the asset quality indicators of other Nigerian banks.

AMCON says it will be addressing the issues of recapitalisation and the purchase of NPLs of all banks in the near future, which are to be funded through a N50 billion ($0.33 billion) yearly contribution from the Central Bank of Nigeria for a period of 10 years. Over the same period, Nigerian banks are to make a yearly contribution of 30 basis points of their total assets to a sinking fund.