PRESIDENTIAL CANDIDATES: THEIR PACTS WITH NIGERIANS 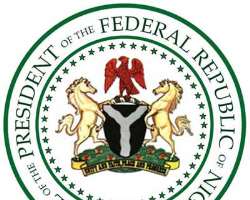 BARRING last-minute alterations, 20 presidential candidates will slug it out with President Goodluck Jonathan for the nation's topmost political mantle on April 9.

After the February 21 deadline for the substitution of presidential standard bearers and their running mates, the Independent National Electoral Commission (INEC) said 21 political parties would contest the presidential polls. The figure is one more than the 20 candidates that did presidential battle in 2003 and five less than the 25 flagbearers that competed in 2007.

Their lofty pacts with Nigerians
From the list, only one woman Ebiti Ndok is running, an indication that women are yet to record improvement in this area as only one female candidate contested in 2007 as opposed to 2003 when Mrs Sarah Jubril and late Major Mojisola Obasanjo contested.

Although most of the candidates are yet to kick-off their campaigns, a peep into the promises of those who have begun campaigning reveal an avalanche of lofty programmes for the citizenry, if implemented.

Ebiti Ndok's FOC service, N50,000 minimum wage
Ndok is the only female presidential candidate standing. Until recently she was the only female national chairperson of a political party in the country.

She said that if elected, she would not collect salary and would increase the minium wage to N50,000 to be funded from slashing the salaries and allowances of Federal legislators, who currently receive about N30 million.

Ndok, who started her life as a nurse at the University College Hospital, Ibadan and later proceeded to the UK, where she took a degree in Management, Law, Diplomatic Studies and also did Social Welfare training, also promised interventionist programmes in education, healthcare, power, employment creation, and provision of amenities among others.

Jonathan's covenant with Nigerians
To woo the electorate, President Jonathan is promising to reserve 35% of appointments for women, honest and transparent government, electoral reform, steady power supply and energy security.

During his declaration of intent for the 2011 presidential race, which he did on facebook, he said: 'If I am elected President in 2011, I will make a covenant with you the Nigerian people to always do right by you, to tell you the truth at all times, to carry you along and most importantly to listen to you, fellow citizens in our communities and also those of you on this page.

I do not want to win your affections by giving you promises of things I would do in the future which others before me have given and which have largely been unfulfilled. Rather, I would want you to judge me by my records. Since God Almighty and yourselves permitted me to serve you in the present capacity, I have busied myself with setting Nigeria on the path of peace and progress. My team and I made no promises on adequate fuel supply in Nigeria. We simply did what was expected of those who govern, we delivered it, and you are living witnesses to that. We made no promise to revamp the textile industry.

We delivered a bailout package worth 150 billion naira that is being dispensed as I write. We made no promises of securing the highest U.S Federal Aviation Administration (FAA) aviation clearance, the Category 1 Certificate which enables Nigerian registered airlines to fly to any U.S city. We delivered. We made no promise to give Nigeria a brand new INEC under a proven God-fearing and incorruptible leader. We placed Nigeria first and delivered.

'We made no promises of protecting your loans, deposits and investments in the banking industry over and beyond what is covered under the Nigerian Deposit Insurance Scheme. We delivered it via AMCON. Rather than tell you what we could do to improve power, this administration demonstrated it by initiating a brand new national Super Grid as well as launching a concrete Road Map to the Power Sector with realistic goals tied to realistic dates.

I understand from some of your mails that there has been some small improvements in electricity supply in some communities. We met an economy that was beginning to slow due to the global recession. Today, the economy has verifiably grown by 7% this half year ending in June.I know you are tired of empty promises, so I will make only one promise to you today. The only promise I make to you my friends, fellow citizens and Nigeria, is to promise less and deliver more if I am elected.'

* Development of our human resources through education, health and welfare

In implementing these programmes, Dara said his government would partner with all stakeholders to produce a master plan for the whole nation showing land-use, modern infrastructure and beautification plans.

Buhari's five commitments to change
After several years of broken promises, corruption, feeling that politicians have become too remote from the people, etc, Buhari promised the electorate that his government would undertake five change commitments to re-direct the ship of the state in the areas of politics and governance; security and conflict resolution; economy and infrastructure; society and human capital development; and the environment.

Buhari promised: devolving powers, duties and responsibilities to states and local governments in order to entrench Federalism and the Federal spirit; strengthen INEC to reduce/eliminate electoral malpractices; prevent abuse of executive, legislative and public offices through greater accountability, transparency and strict enforcement of anti-corruption laws whilst strengthening the EFCC and ICPC; and amend the Constitution to remove immunity from prosecution for elected officers in criminal cases.

He said he would restructure government for a leaner, more efficient and adequately compensated public service; reform and strengthen the Justice System for efficient administration and dispensation of justice along with the creation of special courts for accelerated hearing of corruption, drug trafficking, terrorism and similar cases of national importance; and enact the Freedom of Information Bill so that government held data sets could be requested and used by the public, and then published on regular basis.

While accepting his nomination as the ACN flagbearer, Ribadu said he would evolve a government of integrity, competence and transparency.

According to him, the main thrust of his administration would be peace and security, creation of new jobs, overhauling the power sector, provision of housing and healthcare for the people, as well as a relentless war against poverty.

He assured that his government would embrace the principles of accountability, transparency and welfare of the people of Nigeria

At the launch of the party's presidential campaign in Abuja recently, Ribadu in a nine-page speech entitled: 'Our nation's journey begins,' listed the cardinal programmes of his government. 'Our platform is a social justice compact targeted to the transformation and development of the nation on the ethos of distributive justice. The cardinal principles of the administration we shall run will be defined by a keen sense of humility in government, a touching sense of compassion and a clear sense of integrity in government.

The current asymmetric ratio of 75% recurrent budget allocations over 25% capital allocations will become a thing of the past. This odd priority in budget making does not support the true development, and only fuels corruption,' he said.

He promised that his government would revitalise the economic and social sectors of the country such that the chronic problems of power, infrastructure, social amenities and unemployment get the true attention they deserve, adding that his government would not condone corruption, pointing out that it will actively disable the capacity of corruption to regenerate, through a cocktail of excellent laws, professional enforcement, engagements and vigorous public education.

Utomi's 10 pillars of a new Nigeria
For Utomi, who is on his second missionary journey, haven ran in 2007, his administration would ensure spectacular changes in 10 ways. Namely: A new level of transparency; a new political ideal; a new class of leaders; a new grassroots in Nigerian politics; a new ear to the people; a new role for women; a  new respect for all Nigerians, a new philosophy for government; and a  new role in Africa and the World.

Said he: We seek the reform of our democratic system to ensure full transparency and accountability. Machine politics and the godfather syndrome manipulate the system, producing leaders with no connection to the governed who proceed to use government to build up personal wealth.

Only by being open and transparent, can we ensure that our government policies reflect the will of the people and the best interests of our nation. We will require all budgetary records and leaders' personal financial disclosure forms be posted on the government website, open to investigation by journalists, political organizations, and ordinary Nigerians. We will ensure the passage of the Freedom of Information (FOI) bill, and when passed sign it with immediate dispatch'

While declaring his intention to contest the 2011 presidential elections at the International Conference Centre, Abuja, Shekarau noted: 'It is time to ask Nigerians to participate in shaping the future of our nation. It is time for transformational politics, which is about electing someone committed to doing something about the challenges facing our country; and not transactional politics, which is about electing someone on account of instant or future personal advantage.'

He promised that if elected, he would ' do everything possible to realize our common aspiration for a better Nigeria. I will focus on ensuring security of life and property, making the right moves to provide reliable electricity supply, attaining self-sufficiency in food production and improving our schools to meet the quality for which Nigerian education was renowned.'