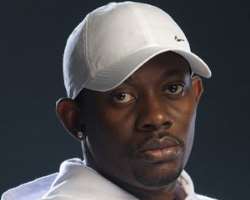 It was non-stop fun last night when one of Nigeria's most accomplished producer/artiste, J. Martins, was feted to cocktail.

Organised and hosted by April, Benjamin and Dawn Communications, a media service and content provider organization, the event attracted the cream of who's who in the entertainment industry and all walks of life.

It was a first in the series of activities planned for the year by April, Benjamin and Dawn, which is using the cocktail scenario as a brand and a niche to honor accomplished artistes quarterly in Nigeria's exciting and expanding entertainment arena.

“Our choice of J. Martins,” the managing director of the company, Mrs. Uri Ukoha-Kalu said lies in his versatility, choice of lyrics and the accompanying rhythms that sit well with all men and women of different generations. His music, his personality and carriage which is worthy of emulation by the youths is also what earned him the honor of being the very first person to be so honored”, she declared