Special on Valentines Day: Draw a bigger line than Macauly 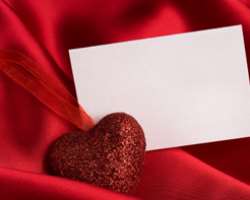 Media and market have become busy in marketing of Valentines Day. Economic experts believe that market has crossed Rs 1200 crore in India and the growth rate is 20 percent every year. It is to be noted that half of the population of the country is youth. The supporters of Valentines Day portray-the opponents of Valentines Day as a villain and media helps them in doing so.

In the last few years, some 'so called protectors of Indian culture' used to make hype against Valentines Day Celebrations on the street. These incidents resemble more as a stage managed event and nothing else. Such kind of distortions in culture cannot be stopped by cosmetic processes. No religion and reformist movement in the world supports such blatant display of uninhibited sexual desire. However, this has become a norm in the name of modern life. There is some kind of sanctity attached to male-female relationship. Families are breaking- and it is a cause for concern in the western society.

Recent surveys confirm our belief that number of such cases are constantly increasing. However, we can still take solace from the fact that it is very low in India as marriage is regarded as a relationship of several births. According to a survey 54.5 marriages per thousand breaks in Sweeden and USA. In Britain, France, Germany and Canada this ratio is 42.6, 39.4, 38.3, and 37.0 respectively. In India the ratio is just 1.1 per thousand. It seems that Indian media seems some kind of internal conflict. At one side it publishes news of repercussions of such illicit act and on the other hand it sells sex and fashion brazenly through so called Love Guru.

Those who care for Indian culture should understand that St Valentine did not come in India; it took more than 150 years in doing so. Now, attempts are being made to establish Lord Macaulay. We should not be surprised if he becomes hero of Indian youths in the next one hundred years. There is a deep relationship between St.Valentine and Macaulay. Present Indian education system has been given by Macaulay. In 1835 Macaulay had released a memo and it clearly depicts the intention. Macaulay wanted to create such Indians that looks like Indian but in liking, thinking and all other aspects it is more a British. In a letter written to his father he says, “I am trying to develop such a system that will produce 'Black Englishmen'. These people will feel proud in deriding their own culture. This will destroy Indian culture. Even if we have leave India in certain circumstances these 'Black Englishmen' will continue serving our purpose.”

Macaulay's relative Edward Trevelyan had urged western society to help Macaulay in this mission. He explained western society how Macaulay's policy was bearing fruit. He even told that how elite Bengali society had adopted this system of education and without any further attempt of conversion they have been able to spread Christianity and work of church. Trevelyan gave an example of how a Hindu youth-who had got liberal education-went in a temple of Goddess Kali and in stead of bowing his head with respect he told that I hope Madam you will be alive and kicking. Explaining further he told education can remove obstacles. Missionaries can capture Hindu bastions through this process. Our success should not be measured in terms of how many people were converted rather it should be measured how fast majority Hindu community is imbibing Christian culture.

Macaulay finally won in his mission and our own people are engaged in destroying old values and traditions. Today India is completely divided in two parts. First part looks towards western heroes and other part gets inspiration from Vedic India and its values. However, those who follow the second path are regarded as narrow minded and communalists. Those who advocate for western tradition feel proud in forgetting contribution of Kabir, Tulsi, Gurunanak, Buddha, Meera and Vivekananda but they cannot afford to forget St. Valentine. We should take solace from the fact that still a large section of people believe in our traditions. National values should be protected at any cost and it cannot be done through violent means. Instead, in order to fight we will have to draw even bigger line than Macaulay.

Disclaimer: "The views/contents expressed in this article are the sole responsibility of the author(s) and do not necessarily reflect those of The Nigerian Voice. The Nigerian Voice will not be responsible or liable for any inaccurate or incorrect statements contained in this article."
Articles by R L Francis
9-12-2012  Church Should Publish A White Paper On Its Business Operations28-2-2012  Reveals The Pain And Agony Of Dalits And Tribals After The Conversion Into Christianity1-2-2012  Read Between The Lines As What Appears May Be Deceptive17-10-2011  A Divisive Law For The Society20-5-2011  Wind Of Change In The Christian SocietyMore...