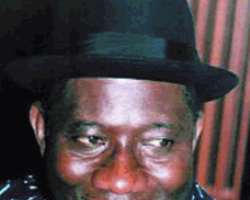 Managing Director of the Niger Delta Development Commission (NDDC), Mr. Chibuzor Ogbuoha, has declared that the withdrawal of $20 million from Union Bank of Nigeria by the commission was not in any way connected to any incidence of fraud or shady deal but the protection of its funds.

This was just as he said the NNDC had given priority attention to the development of human capital as part of its strategy to reconnect the people with a view to get acquainted with the harnessing of economic activity in the oil rich Niger Delta region.

Ogbuoha who stated these at an interactive session with journalists in Abuja at the weekend, explained that the underlying principle behind the withdrawal of the $20 million from the commission's accounts with Union Bank, was to prevent it losing its money as a result of the liquidity position of the bank.

According to Ogbuoha, 'the truth of the matter is that no money was lost. All of us know that Union Bank is not doing very well; their capital base is not the best. And then if I have all my money in one bank and anything happens tomorrow, people will start saying I am a fool. And as I speak with you, no 10 kobo is missing out of that money.

'As I speak with you, what is still in that account is $20 million. No money was taken; there was no royalty; it was not converted from naira to dollar or from dollar to naira; it was in dollars and still remains in dollars. No board resolution was required to open that account; what was required was an approval and we had the approval.' Commenting on the NDDC new strategy of laying emphasis on human capital, the managing director said the new thinking and practice was informed by the realisation that infrastructural development in itself could not yield the desired result if the people were not developed along the parameters of human capacity building and appreciation of the development efforts and application.

Ogbuoha further said, 'when the time came that oil and gas was discovered in Nigeria and it became the mainstay of Nigeria's economy, the people were not prepared for all the activities that were to follow. Even those who had the opportunity of going to School never had education in oil and gas.

'The import of that is that the companies had to hire those they wanted from outside the region and the whole lot of the youths were left unemployed. This is what has informed my own idea that you cannot develop the Niger Delta by just providing infrastructure. We need to build a capacity for the people so that they can do things for themselves. Development itself cannot yield any result if the people are not doing it for themselves.'

The managing director of the NDDC noted that if the new strategy was not quickly applied, the army of unemployed youths would be ready to destroy what was being put in place, adding that he believed that one of the best ways to address the issue of underdevelopment in the Niger Delta was to build and develop human capacity.

In the words of Ogbuoha: 'So what have we done? When we came in, we did not say let us throw away infrastructural development. We have awarded some mega infrastructural projects. I have always insisted that for every project awarded, it must create jobs for the youths. And so if projects to be awarded must create jobs for the youths, it means we must build the capacity of the youths to provide the desired services for those projects.'

He explained that within a very short time, after the adoption of the new strategy, the Commission was able to train 25 Nigerians from the Niger Delta region who were now internationally certified welders, adding that the internationally certified welders were presently engaged in the training of 700 others that could be gainfully employed in the oil and gas sectors of the nation's economy.

According to Ogbuoha, 'we discovered when we came in that some time ago, some youths were sent to learn welding from the roadside welders and at the end they were not employed in the oil and gas industry because they do not have the required qualification and certification. If you go to the oil fields, the people who are handling those jobs are from Asia, Lebanon, Philippines and they earn fat salaries.

'You cannot even blame the firms for not employing our people because they do not have the right qualification. Within a very short time, we were able to train 25 internationally certified welders in Nigeria. Then the people we have trained have started retraining 700 others.'