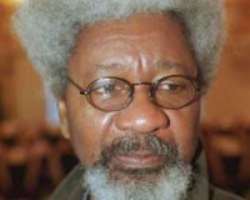 THE Democratic Front for a Peoples Federation (DFPF), yesterday declared its support for the candidature of Malam Nuhu Ribadu of the Action Congress of Nigeria (ACN) in the race for the Presidency in the April elections.

In a communiquÃ© issued by the party's Directorate of Publicity after an emergency meeting by its executive in Abuja, the DFPF declared: 'Following a spirited debate on the credentials, track records, and potential of all the candidates for the position of presidency, the Democratic Front has made its choice, and now declares its support for the candidacy of Mr. Nuhu Ribadu.

The party said it took this decision 'with a deep sense of responsibility to the nation, and to the generation that the failed ones have produced to mop up their failures, betrayals, egocentrism and waste of one historic opportunity after another. The efforts of these 'chosen' to replicate themselves in the coming elections through sponsored surrogates must be countered with all possible resources and strategic thinking.

'We shall join hands with other progressives and mobilise the resources of the party, material, moral, and organisational, towards the attainment of this goal in the coming critical elections for the nation.'

Reviewing recent events in the country, the party 'observed with immense satisfaction a political development that has taken place within the current 'ruling party' of the nation, a development that finally put paid to the deceptive and retrogressive zoning policies that the party has deviously attempted to foist on the nation as a constitutional provision.'

It added: 'While this by no means spells the emergence of a genuine democratic disposition, it nonetheless brings the nation a small step closer to the embrace of due democratic practice, enabling choices to be made on merit, rather than through regional, sectarian opportunism and blackmail.'

On the recently concluded national voters' registration exercise, the Democratic Front acknowledged 'the near insurmountable legacy of rot, disorganisation, sabotage and near-total corruption of the electoral system that was inherited by the present INEC administration' but  'remains nonetheless obvious that this has been an unsatisfactory voter registration exercise so far,' stressing that the nation cannot blame 'all the failing on the past.'

It argued that the exercise required 'not a mere week's extension, but a fortnight's at the very least' and that 'an inadequate extension merely consigns INEC to a cycle of failure, and the loss of confidence in the coming electoral exercise itself.'

The Democratic Front dismissed the closure of schools for the voters' listing as 'a totally unnecessary motion in the first place and merely betrays a failure in planning,' observing that 'the nation's educational structure, already in an alarming state of disintegration,' should not have been 'further undermined by such arbitrary interruptions.'

Arguing that the country currently suffers from a self-inflicted 'internal haemorrhage,' the DFPF wrote: 'The nation bleeds, and bleeds, and bleeds some more.  The current bloodletting has a long history. That history has been one of complicity at the highest tier of governance in the culture of impunity, purely for political advantage.'

It added: 'While notice must be taken of the social conditions that have bred a roaming army of malcontents, and concerted efforts urged to reduce the economic frustrations of millions, the nature of the present menace calls for drastic action against individuals and groups to whom any Nigerian life is for cheap and brutal disposition.  They must be made to face the full rigour of the law, most especially those politicians that are guilty of manipulating such agents of violence.

'Education is a key part of the solution, so is the extension of social amenities to cover the present zones of marginalisation, neglect and poverty.'

The DFPF argued that 'the insertion of the theocratic state within the body politic of the nation cannot be divorced from the present rash of homicidal religious zealotry. The nation, innocent individuals, businesses, institutions and habitations are paying the price of complicity through inaction and political opportunism, and the evil genie of murderous fanaticism is out of the bottle.'

But it stressed: 'We must not shy away however from the proliferation of the criminal minds among us, for whom religion is merely a channel for the gratification of brutal instincts. Regarding this minority, there are only two choices: Surrender by a people or engagement in resolute battle.

'Wish it or not, the battle is already joined, and any government with the sheerest sense of responsibility to its citizens must act pro-actively, empowering all security agencies as well as channels of civil collaboration in a mutual onslaught on the forces of dehumanisation.'

The Democratic Front took note of recent political developments in North Africa and the Middle East, stressing the import for 'false' democracies across the world, especially in Africa.

It wrote: 'First Tunisia, then Egypt, rumblings in Jordan, next? The tide of freedom and justice cannot be held back forever. Sooner or later the dam will burst, and the people will come into their own.

'It is the turn of open dictatorship today, tomorrow it may be the turn of false democracy, where the very principles of democracy are prostituted, indeed pressed into the service of dictatorship, cronyism, consensual thievery and massive exploitation.

'Nigeria is a prime example. A nation where a microcosmic minority, having largely manipulated itself into office through degraded electoral means, proceed to engorge over a third of a nation's annual expenditure, using the same extorted resources to perpetuate themselves in arrogance and alienation, is a contradiction of all democratic definitions.

'Any state of glaring social inequality, of greed and indifference is over-ripe for overthrow, and the only question that remains is whether such means will be violent, or peaceful. We of the Democratic Front believe that the latter means is still possible but - only just! We are convinced that the nation is facing its watershed of decision, where only a bold, courageous step, not afraid of risks, can save the nation from violent disintegration.'

The party charged 'the electorate to study the DFPF manifesto in detail, educate itself about its provisions, send questions and comments through the party website, and engage in a sincere dialogue that has been denied the Nigerian citizens since its declaration of Independence.'