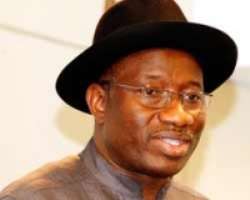 We must get it right now or never, says Jega
INEC plans code of conduct for politicians
PRESIDENT Goodluck Jonathan yesterday expressed confidence that the April general elections would be hitch-free despite the current tensions and challenges in the run-up to the polls.

Also, Chairman, Independent National Electoral Commission (INEC), Prof. Attahiru Jega, has submitted that the general election was the country's last chance to demonstrate to the world that it had not only come of age in electoral matters but that it was ready to assume democratic leadership role in Africa continent.

Meanwhile, the Nigerian Bar Association (NBA) has reiterated its call for the prosecution of electoral offenders to serve as a deterrent to would-be polls riggers in the country.

And to demonstrate its willingness to be part of the process, President, NBA, Joseph Daudu, has pledged the availability of lawyers to assist INEC in bringing electoral offenders to book.

In a related development, President, Trade Union Congress (TUC), Peter Esele, has called for a probe of all political parties in the country with a view to ascertaining their funding sources.

President Jonathan spoke after receiving the letters of credence from the new British High Commissioner to Nigeria, Mr. Andrew Lloyd, at the Presidential Villa, Abuja.

Lloyd told the President that Queen Elizabeth II and the United Kingdom were interested in the success of Nigeria's forthcoming elections and the legacy of President Jonathan.

On his plans for the next four years, the President said:  'I want to reposition Nigeria's economy and reinforce the country's position in global issues,' adding that 'we shall strengthen our relationship with the United Kingdom.'

The High Commissioner said Britain was 'delighted' at the progress of democracy in Nigeria, and assured President Jonathan of his cooperation and support to make his tenure in Nigeria mutually beneficial to both nations.

He told Mr. Daddo that Nigeria was 'happy' with the progress recorded in Niger's elections, adding that he hoped the run-off, scheduled for March 12, 2011, would be successful.

The President said the people of the two nations were one and that Nigeria would continue to cooperate with the government of Niger Republic.

In his comments, Daddo expressed his country's gratitude to Nigeria for its support during the elections and the food assistance received from the country.

Jega spoke yesterday at a pre-election conference in Abuja, the Federal Capital Territory (FCT). He submitted that past elections had cast doubt on INEC's ability to conduct credible polls, hence the pessimism that had characterised the process thus far.

He said: 'Nigeria's 2011 general elections have become one of the most eagerly events both within and beyond our country. The reason for this is not too far-fetched. First, Nigeria is the most populous country on the African continent, which indicates that its elections should have far-reaching effects. The second point is that Nigeria's democratic experiment has now been uninterrupted for 10 years and it is the first post-independence 10-year election circle in Nigeria.

Jega added: 'Perhaps the most important reason is the fact that it is overwhelmingly believed that the past elections have not pass the test of credibility base on global standards guiding free and fair elections. In a sense, therefore, the errors of the past cast long shadows on the forthcoming elections leading to fear and excitement among Nigerians and our friends in the international community.'

The INEC chief disclosed that 63,981,460 Nigerians were registered during the just concluded voters' registration exercise.

He added: 'As I speak now, the process of checking double registration is on-going in all our offices nationwide. The voters' register will be on display to enable Nigerians register their objections and claims.'

And worried by the spate of political violence rocking the country even before the elections proper, Jega disclosed that INEC would soon issue a code of conduct guideline to politicians to check the trend.

He said the code of conduct would be 'base on best practice across the world, with support from the Commonwealth of Nations and Institute of Republican Institute, which we hope will be signed in a couple of weeks.'

Jega said INEC has been in a race against time to accomplish tasks that were meant to be realised in two years under six months.

His words: 'As you probably recall, the present INEC management started work some seven months ago. It has been said that for a country as large as Nigeria, planning for elections including compilation of voters should be done in about two years and this commission has had to do all the entire processes in about half of that time.'

Jega also disclosed that the Commission would soon publish how it spent the funds it had collected from the Federal Government.

He added: 'In recognition of the profound sacrifices that our nation has made, the commission has promised to account for every Kobo that the commission received. In fact, we already started doing so by publishing, on our website, the minute details of the details of acquiring the registration machines including the contract we signed with suppliers.'

Esele said: 'We should ask ourselves from where do political parties get money that they spend on political events? In Nigeria, parties do not levy their members any particular amount to contribute to the parties and yet we see them spending money.

'Because members do not contribute, they don't have a say in how candidates emerge and that has left the parties to the whims of those that have money to run. The political space is not widened to enable popular participation. But if members paid certain amount of money, they would be in a position to ask questions on the way parties are run. As a country, we must return parties to the people.'