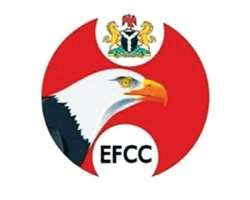 ABUJA, Feb 09, (THEWILL) - The Economic and Financial Crimes Commission, EFCC has arraigned one Mr. Henry Oronsanye before a Lagos High Court in Igbosere, on a 102 count-charge bordering on fraud, diversion of funds and stealing the sum of N200 million naira, contrary to Section 390 sub (7) of the Criminal Code Cap c 17 Laws of Lagos State 2003.

Oronsanye, a former staff of the EGC Securities Limited, a subsidiary of EcoBank Plc, is alleged to have sometime in 2008 while he was the officer in charge of posting of funds to shareholders’ accounts at EGC defrauded the bank to the tune of N200 million.

The accused was first arrested in 2008 following a petition by the bank and had been enjoying administrative bail until his arraignment today. Following his arrest, investigations reveal that Oronsanye had been involved in “dry posting”, which is the jargon for the fraudulent act of creating fictitious figures and post them as funds into shareholders’ accounts after which the money is diverted to private use.

He sustained this nefarious practice for almost a year before the bank noticed and raised a query. He was confronted with the facts but denied, claiming the postings were genuine. Further queries from the bank however discovered the fraud and hence the petition.

Oronsanye was however re- arrested on January 7, 2011 after the EFCC preferred charges against him at the Lagos State High Court, Igbosere.

One of the charges read: ‘‘that you Henry Oronsanye on or about the 19th of May, 2008 while being the Financial Controller of EGC Securities Ltd., a subsidiary of EcoBank Plc in Lagos within the Lagos State Judicial Council with the intent to defraud stole the sum of 4,957,000 naira.’’

After the charges were read to him, the accused pleaded not guilty. His counsel, Osahon Ihenyen immediately urged the court to grant his client bail. He argued that the accused has a right to bail and assured the court that his client will make himself available whenever the matter comes up for hearing.

Presiding Judge, Justice C. A. Balogun however adjourned proceedings to Friday, February 11, 2011 for hearing of the bail application and ordered the accused to be remanded in the EFCC custody.