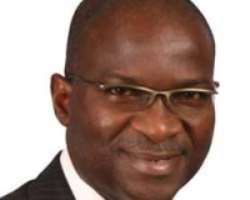 Govt, stakeholders  meet today
THE Lagos State-owned hospitals are still deserted and the wards are empty. The state doctors, who down-tools on Friday, appear not ready to resume work.

The doctors' action was informed by inability of their employer, the Lagos State government, to fulfill its promise to pay them the agreed improved salaries by January 2011.

However, to arrest the situation, the state government will today meet all stakeholders to resolve the issue.

The Guardian learnt that all arms of the government would be meeting today after briefing the media by 8.30 a.m.

It was gathered that the situation has led to the over-stretching of facilities in Federal Government-owned hospitals in the state.

A visit to LUTH yesterday showed the influx of patients that have been referred from Lagos State-owned hospitals.

The story is not different at the Federal Medical Centre Ebute-Metta, Federal Neuropsychiatry Hospital Yaba, and National Orthopaedic Hospital Igbobi.

Mr. Chinedu Aba, 38, who had his premature baby in an incubator at Isolo General Hospital was seen making arrangement to take his wife home after a caesarean section.

He told The Guardian: 'My wife is here. The doctors started strike on Friday. She has been discharged because there are no doctors to take care of her and the baby. However, a doctor has been helping us because of God. I am making arrangement to take them home.'

But residents are no longer finding the situation funny. They blame the Lagos State government for not meeting its promises to the doctors. A resident of Isolo, Mr. Gbenga Akinsanya, said: 'The government is not treating these doctors well. They are making a lot of money through taxation and so many levies but they cannot pay for essential services.'

Lagos doctors under the aegis of Medical Guild on Friday commenced an indefinite strike over the non-implementation of Consolidated Medical Salary Structure (CONMESS) by the state government.

The doctors' decision was reached through voting at a congress attended by 176 of 250 members, 143 voted in support of the strike while 27 members were against and six absent.

According to the Chairman of Medical Guild, Dr. Ayobode Williams, the failure of the state government to implement the CONMESS based on the agreement reached in November last year was the reason behind the resumption of the strike.

Williams said: 'It is in line with the Nigeria Medical Association's (NMA) directive that all states that did not implement the CONMESS by January ending should commence the strike. '

He said the body has done a lot to appeal to the government, well-meaning citizens of the state but unfortunately, they resorted to the position where they were in November again.

Williams appeals to all Lagosians to please bear with the body, explaining: 'It is not the doctors' problem that it is happening again so soon, because we said when we suspended the strike last year that we prayed that such thing does not come again. Our relatives also use the facilities just as any other citizen of the state. Everybody is at the disadvantage because of government's insensitivity.'

He appealed to the Governor Babatunde Raji Fashola (SAN) and all other principal officers of the state to implement the agreement signed last November to the letter.

He said there is no longer any need for negotiation because they have negotiated before and nothing was done. 'All we are waiting for is full implementation of the agreement,' he said.

However, a group, the Elders Forum, led by Dr. Olu Falomo, who is the Chief Medical Director of Maryland Specialist Hospital, condemned the strike, maintaining that the doctors could have employed other means to press further their demands.

According to Falomo, the strike is a betrayal of trust because the Lagos State Government had conceded more than was expected, saying the doctors were blackmailers who are insensitive to the plight of Lagos State citizens, particularly the poor masses.

But in a telephone chat, the Chairman of NMA Lagos Chapter, Dr. Edamisa Temiye, maintained that those who were condemning the strike were a disgrace to the medical profession, denying Falomo's claims that the state government gave gifts to doctors.