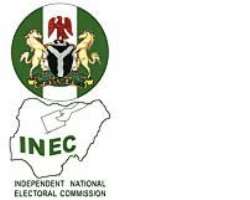 NBA, others blame action on parties
TWO months to the April 9, 2011 take-off of the general elections, the judiciary has flooded the polity with ex-parte motions on the just concluded primaries by political parties in the country. And the electoral umpire, the Bar and other eminent Nigerians are losing sleep over the matter.

At the last count, the Independent National Electoral Commission (INEC) has received 64 injunctions and counter orders stopping it from fielding some candidates for the April elections.

But top officials of the Nigerian Bar Association (NBA) and some Senior Advocates of Nigeria (SAN), who defended the Bench over the issuance of injunctions, said politicians and their parties were yet to learn from some ugly incidents of the past.

An ex-parte motion has a lifespan of 14 days after which the judge can vacate it. Most times, ex-parte motions are granted by judges without the defenders knowing that suits have been filed against them. It is a temporary action taken by the court to prevent collateral damage being done to a litigant (victim of an action).

INEC National Commissioner for Legal Services, Philip Umeadi Jnr., who reacted to the development, said it was dangerous for the forthcoming polls and cautioned the judiciary against allowing itself to be used by politicians to rubbish its integrity and image.

By his account, there were about 64 court orders and counter orders compelling the commission to recognise the names of one candidate or another and expressed fears that more might still come.

Umeadi, who supervised the submission of candidates' lists by the parties, confirmed to The Guardian at the weekend that the fears being expressed in certain quarters about the deluge of court orders derailing the election were real.

'As today (Friday), orders are still being served and information available to us from some of the courts indicate a number of cases waiting to be assigned to judges, which would be heard and of course ex parte orders compelling INEC to do one thing or another would be expected. But I can assure you, we will go ahead with the publication of the candidates' list. In our books, we have noted some of the areas where there are concerns in most of the states, and we also appreciate the fact that most of the cases are still pending. I make particular reference to the one in Enugu State, which is pending. I also note the one in Ogun State, which is pending. So, I think at the end of the day, we should be able to sieve all these cases and have a clearer picture.'

Umeadi said: 'Honestly, the fear that the avalanche of court cases can derail the April elections is real, five days after the close of the date on nomination, we are still receiving court orders and counter orders with respect to who, the candidates are. As at this afternoon (Friday), we have received 64 courts orders. All these court orders are expected to be obeyed. More than half of them are counter orders. Primaries are concluded, the party announces a candidate, the other aspirant goes to court and the court announces that he is the candidate, gives an order compelling INEC to recognise him.

'He serves it on the other party, but rather than appealing against the order or taking steps to vacate it, that other party goes to his own court to procure a counter order that he is the candidate and that INEC should put his name on the list and the commission is expected to obey these two orders, which is impossible. It is only in a few cases that you have some people doing the ideal thing, which is challenging the initial order, or making moves to vacate it or setting it aside.

'Ordinarily, an exercise with the closure of nominations that should not take more than 48 hours, have been on for almost over one week because we have to look at every court order with a view to giving effect to the contents of that order. In spite of this, people still don't think that in 2011, civilisation should really be the name of the game and you find them making, like the one in Anambra State where I was severely abused for taking a decision on a matter for people who refused to do what they should do.'

Umeadi said it was worrying that the judges gave most of the orders which were ex parte in nature, noting that if the judiciary allowed itself to be used, it could be rubbished by politicians in the country.   'Yes, that is the bit that worries me, if you allow the politicians, every institution of government must be run down in the press to attempt to political office. Now it is the judiciary and it is allowing itself be used'.

The ruling Peoples Democratic Party (PDP), which is worse affected by the avalanche of litigations, said they were normal in a democracy.  It dismissed the fears that they could affect the April polls.

PDP National Publicity Secretary, Prof. Rufai Ahmed Alkali, told The Guardian in Abuja at the weekend that it is a good development that Nigerians are increasingly realising that it is better to use such means to resolve rather than resort to self-help.

Alkali, however, noted that those who go to court should have faith in the process and learn to accept the outcome of such process.

'We are not worried that people take to litigation during and after elections. There is nothing wrong in going to court where an individual feels that he or she has not received fair treatment. What we advised people not to do is going to court on frivolous ground. One thing we must also realise is that in the PDP, for instance, we make adequate provision for resolution of issues through internal mechanism.'

Also in their reactions, lawyers blamed political parties for the plethora of injunctions issued by the courts stopping the parties from presenting some candidates for the elections.  They attributed the rising number of litigations to the lack of internal democracy in the political parties and their flagrant disregard for the provisions of the Electoral Act 2010, which prescribes that they (parties) shall field as their candidates for elections winners of their primaries.

A leading member of the NBA, Dr. Alex Aigbe Izinyon (SAN) said it was regrettable that after all the legal disputes that trailed the 2003 and 2007 general elections owing to the issues of unlawful substitutions and the thunderbolt effects of the final pronouncements on such cases, political parties and politicians have failed to learn.

He said it was therefore uncharitable of any person to accuse the court or indeed the judiciary of trying to derail the democratic process, pointing out that the judiciary had since 1999 been on a sanitisation mission to cleanse politicians and political parties of their sins, which include the brazen disregard for the Electoral Act, the lack of internal democracy, arbitrariness and god-fatherism.

Although he said ex-parte orders were imperative to check mischief, he admitted that they could be abused by some judges.

His words:  'Ex-parte injunction is part of our procedural/adjectival laws; it has its own peculiar condition of applicability. It is employed in cases of urgency to arrest some mischief or harm that may be done to the subject matter of the motion on notice before its hearing or determination. I therefore do not think the spate of ex-parte can derail this democracy. The law allows an aggrieved party to go to court on irregularities following from the primaries.'

The Chairman of the Abuja Branch of NBA, Mazi Afam Josiah Osuigwe, said the courts have never been a threat to the country's democracy; rather it is the politicians with their penchant for  or disregard for the tenets of democracy that are a threat to democracy. Nothing stops a judge from granting an ex-parte injunction if the facts and circumstances of a case justify the granting of the same. Injunction is a discretionary order which a judge would be right to grant in situations where the same is permissible under the law.'

Osuigwe submitted that politicians by refusing to internalise the tenets of democracy in their parties are threatening democracy and therefore justified intervention by the courts. 'If the parties do not hold parallel primaries or do not seek to submit the names of persons who did not come first in their primaries, no litigant would approach the court praying it to grant him injunctions.'

'With respect to the spate of ex-parte orders granted by the courts over certain disputed primaries, it should be noted that a court's intervention vide the grant of an ex-parte order is justified under Section 87(10) of the Electoral Act, 2011. The provisions of Section 87 of the Electoral Act with regard to who is declared the winner of a primary and whose name must be submitted to INEC are mandatory. The breach of these mandatory provisions is what activates the intervention of the court. All a judge needs is to satisfy himself that the applicant has shown proof that he scored the highest number of votes at a primary and that there is an attempt to submit another person's name instead of his to INEC.'

The immediate past chairman of the branch, Mr. Abdulrahman Atadoga Ibrahim shared in the concerns of some Nigerians over the ex-parte injunctions. He said some of the injunctions were due to lack of internal democracy in the political parties. 'The court should grant ex-parte injunctions in extreme and rare cases. I believe that it is also part of the process of building our democracy. Patriotic and national considerations should be emphasised. We must all be careful not to derail democracy.??Ex-parte is granted in cases of extreme urgency and where failure to grant will cause irreparable damage. It should be sparingly granted. Courts must be concerned about public perception, but then, the law must be followed accordingly.'

An official of the National Judicial Council (NJC) said 'if there are petitions against a judge over an ex-parte order, the NJC will sit to determine the merit of the case.  So whatever comment we make now, will be cited as prejudicial in the event that a case coming up.'

Former Attorney-General of Edo State, Chief Charles Edosomwan (SAN), said the courts should be careful not to get involved in the private matters of party's candidacy as they are internal affairs, which as corporations are ordinarily entitled to immunity from courts' meddling.

According to him, party nominations are internal matters of parties. The need for the courts to act as catalysing agents for the promotion of internal democracy, he said, might justify rare court interventions but not in the dimensions of 'what we see as becoming the norm.

' Courts must be careful not to lend themselves to rough and tumble politicians as willing tools for politicking now that even the sanguine acts of courts are being lampooned by faithless politicians without code or honour, the courts should do all they can to stay out of party candidates' nominations,' he said.