I never thought I could be married –Aishat Abimbola Ibrahim 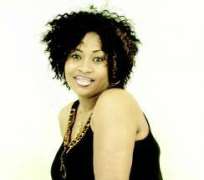 You studied hotel and catering management. How did you get into the world of acting?

I will say it is simply by God's design. Right from my childhood days, I had been in love with the profession although I did not know how to go about it. I think I grew up being an entertainer although quite unconsciously. I was always a member of one cultural group or the other and would disturb my class mates with one drama act or the other. But as God would have it, I ended up studying a different course and still found myself in the profession of my passion.

What are some of the fond memories of your growing up years?

I had a not-too palatable growing up. I was born and bred on the Island in Lagos but didn't have a smooth educational run because I kept changing my schools as we moved from one town to the other. At a point, we were in the North and some other places which actually slowed down my educational progress. I lost my parents at a very tender age, when I really needed them; I lost mom in 1984 and daddy in 2002. I grew up in a polygamous home and you know, had my share of its peculiarities.

Like I said before, it wasn't anything palatable but I thank God that I was able to survive it and be settled in life. For instance, it seemed then that I wasn't going to be married but here I am today, not only married but happily and blessed with children

What I mean is apart from it retarding my educational progress, it got to a point where it appeared I was going to abandon schooling as a whole. At the end of the day, this led to my late marriage. If not that I made up my mind not to get married until I have graduated, education would have become history in my life. Imagine how it feels having one's younger ones married and having children before one and nobody dared call you by your name. You know the Yoruba tradition, they would always coin a respectable tag to suit your plight or condition? So, they called me 'big mummy' since I had no child of my own and they wouldn't try calling me by my name. Even the Islamic clerics noticed it and so, whenever they came around for these naming ceremonies, their common prayer was "Allah, consider this our elder sister for a child just as you have blessed the family with this baby." You can imagine the feeling that would follow from my end. It wasn't any funny at all.

The situation continued that way for a long time and it was almost unbearable. It was crazy, it was like pushing me into making up my mind on marriage but I wouldn't. I stood my ground that I would graduate before marriage. It was a tough experience but I thank God today that I can make bold to say that I'm a graduate of a worthy standard and I did not pass out with just a pass, I had good grades. When I finally got to where I would observe my youth service, I couldn't but thank God that I didn't drop out of school. All these while, however, my mind wasn't on marriage because I never even thought I was missing out on anything.

It is because of my nature. I just love being independent. I had always wanted to be independent, free to make my own decisions and have things my own way. But I can no longer do that. You have to seek the consent of a second party and find out if its okay and all that.

And just how would you describe the experience since?

Well, the first year was tough, coping wasn't easy but I've been in it for about six years now and it hasbeen well.

As a pretty lady, how were have you been able to cope with men's advances especially with the general talk of sexual harassment in the industry?

Like I said, I am an independentminded person, I always have a mind of my own . Of course, they came in their numbers but I've already made up my mind never to get floored by any of them and thus, I was able to stand on throughout.

Does that confirm the issue of sexual harassment as a common thing in the industry?

I have not said anything like that. All I'm saying is that when men's advances came, I was able to resist and maintain my stand. As for sexual harassment, it is not peculiar to the movie industry alone. It is simply everywhere. It all depends on how firm a lady can stand her ground.

Who are your mentors in the movie industry?

What about those things fame has changed about you?

I'm a perfectionist when it comes to picking my things, I want to buy my things myself. I like to go to Mile 12 market, get my fresh fruits myself. I love going to the inner parts of the market because I love shopping myself. I would have loved to go to the remote areas, get the things I want. I still go to Idumota because I'm from there. I go to Oke-Aarin. The noise would be there, hoodlums here and there but I still appreciate my fans. You know I can't do it the way I want to. I really love to price very well and say within myself, ok I have not wasted money but you really can't price that much because they would say "spend this money now, a whole you." But it's all good, I still go to the market but not the way I would have loved to. I'm not the kind of person that hides my feelings. If you have done something wrong and I want to give it to you right there, I'll tell you this is wrong, but then, as a known face, I must keep looking around to be sure no one is looking my way before I take such an action. In an instance like that, I just fake a smile and say 'it's okay,' even when deep inside, it is not.

How do you handle fame generally?

My pastor, Chris Oyakhilome, usually warns us not to allow fame or whatever our achievements to get into our heads. I try as much as possible to keep to this rule. I don't allow the praises of human beings get to me because the same people that will say you are good today will say a contrary thing tomorrow. What I just try to do is to appreciate them. It does not need to get into your head. I don't allow it. I've not won an Oscar neither have I won a Grammy award, so what's the big deal. I am still myself, I am my down-to-earth, humble self.

Asides acting, what else do you engage in?

I still do MC jobs. I also do buying and selling, I still manage myself. I'm very enterprising. I can't stay in one place doing just one thing, I have to move.

What are you working on presently?

I have a big project coming up which is why I'm still chilling. For the past few weeks, I've not been working because Iwant to focus on this job. Its a big do and I'm saving all my strength for it.

You are obviously in love with acting. What if your husband tells you to quit?

He wouldn't say that because he loves me. If a man loves you, he would not go against your desire. He fell in love with me as an actress and he would not want to kill my career, my desire and the success that it has brought my way. He knows it gives me joy, so, he won't take it away from me. When I''m acting, I forget all about food. When I'm on location, you have to remind me that I have not eaten since morning. I love acting and it is a good thing that I'm getting paid to do what I love doing.

If it wasn't acting what would it be?

Why would you have chosen to be pastor?

Because I fear God and I love God so much, so I would have wanted people to join me in doing that.

But you are supposed to be a Muslim?

Yes, my parents were Muslims but I had been a practicing Christian before my father died. Although he did not support the idea at a point, he ended up buying it.

How do you combine your career with running your family?

Sometimes I take time off to take care of my family. Whenever there is work to do, I could be away from home for weeks. Then, I would leave my kids at the mercy of some househelps, but soon, I noticed that it wasn't a good idea, so, I had to stop it. It is better now, they can talk and they know what they want. They can express themselves better than before.

How was your first experience on a movie set?

This was Omoge Campus and it was the one that brought me into limelight. I acted along with many professionals and the feeling was very intimidating. The second one was Eje Adegbenro, written and produced by Jide Kosoko. It was also very challenging. There were Racheal Oniga, Saheed Balogun, Opeyemi Ayeola, Yinka Quadri on set and I wondered how I would cope. At a point, I fidgeted but uncle Jide Kosoko walked up to me and encouraged me. It was tough but I coped.

What are the challenges you have faced in the industry?

Every job has got its own challenges. I've had my own challenges in the industry. For instance, when I came in newly, I didn't know who to call a friend and who not to call a friend. I was one very care free person who just jumped at everybody. But by the time they dealt with me, I learnt my lessons.

It is one fashion item that enhancesmy beauty and that is why I have become so glued to it. And it is not only me, a lot of ladies are into it and it is usually good on them.

What's your most expensive fashion item?

My gown, my perfumes, then maybe my powder. You see I had to start joining them in using this powder, and sometimes I might buy the powder without using it. I buy Victoria Secret, I wear good perfumes and all those things too.

Would you love any of your kids to step into your acting shoes?

It's a free world. I took my son on location at one time and he acted in Aye mi when he was about three months. So its a free world, let them do anything they feel will make them happy.