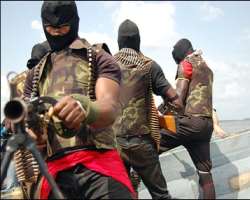 UYO, Feb 04, (THEWILL) - The kidnapped Associate Professor of Pathology at the University of Uyo, Akwa Ibom State, Dr. Memfin Ekpo has been freed by his abductors after over two weeks in captivity.

Memfin, who is married to the Vice Chancellor of University of Uyo, Professor Comfort Memfin, was abducted on Sunday, January 16th at Good News Community Church, Uyo, where he had attended Sunday service.

THEWILL checks revealed that his abductors demanded N20 million for his freedom.

It was further gathered that after the ransom was been paid, the abductors still held him captive and instead hinged his freedom on the resignation of his wife as Vice Chancellor of the university.

Staff and students of university had downed tools to protest his abduction and the insecurity in and around the university.

The Chairman of the UniUyo branch of Academic Staff Union of Universities (ASUU), Dr. Ashong Ashong, who confirmed Ekpo’s release on Wednesday night, did not give further details.