ANCHORBABY GOES TO GHANA... Shows in international festivals in America. 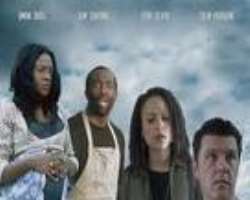 Tagged the best movie to hit the Nigerian cinemas in 2010 (by Silverbird Cinema), giving Hollywood movies a run for their money with so many local and international awards from the Los Angeles Film Awards and Harlem International Film Festival to show, Anchorbaby is set to take the Ghanaian before the end of February.

In its eight week at the cinemas in Nigeria, Anchorbaby has continued to garner more accolades. It was shown recently at the San Diego black film festival in San-Diego California and on February 16th 2010, it will again be showing at the Pan African Film Festival in Los Angeles California.

'Anchorbaby' which has made several millions of naira, was shot and produced by a Nigerian Lonzo Nzekwe in Brampton and Hamilton, Ontario Canada. It had almost 40 actors with speaking roles and about 60 extras. The frontline actors in the film are Omoni Oboli, Sam Sarpong, Terri Oliver, Colin Paradine, Michael Scratch, Mark Cassius, Rachael Ancheril, Cyrus Faird, Santiago Lopera, and Chris Patterson.

Speaking on these recent developments on 'Anchorbaby', Lonzo Nzekwe said 'we are glad the movie has come this far but we are not surprised, because we put in a lot of work to arrive at what we have.

More so beyond Ghana, 'Anchorbaby' will b e going to several other African countries. We are hoping to distribute the movie across Africa through Pan African and we are in no doubt that Africans will be receptive to it.