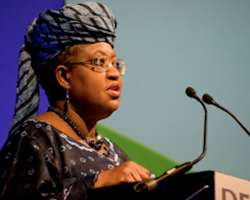 SAN FRANCISCO, Jan 31, (THEWILL) – With just a few hours to the expiration of the January 31, 2011 deadline issued to all political parties to submit their list of candidates for the elections, the battle for the April Presidential election got clearer today with the announcements of running mates for two major political parties plotting to win the Presidential election.

The presidential candidate of the Congress for Progressive Change (CPC), General Muhammadu Buhari chose the founder of the Latter Rain Church, Pastor Gbolahan Babatunde Bakare as running mate while the All Nigeria Peoples Party (ANPP) in consultation with its Presidential candidate, Malam Ibrahim Shekarau nominated the Deputy National Chairman of the party, Chief John Odigie - Oyegun as its vice Presidential candidate.

The CPC’s announcement was signed by General Buhari’s spokesman, Mr. Yinka Odumakin while Shekarau’s Senior Special Assistant on Media and Publicity, Sule Ya’u Sule made the announcement on behalf of the ANPP.

The case of Action Congress of Nigeria (ACN) was however different as party leader and founder, Senator Bola Tinubu has continued to block the announcement of a running mate for the ACN Presidential candidate, Mallam Nuhu Ribadu.

THEWILL checks inside the ACN revealed that Ribadu had since nominated former Minister of Finance and Foreign Minister, Dr Ngozi Okonjo-Iweala as his running mate for the April election but Tinubu is reported to be very uncomfortable with the choice of the respected economist because she had exhibited tendencies of being very highly opinionated in the past when she served in the government of former President Olusegun Obasanjo.

Recall that Okonjo-Iweala eventually resigned as Minister after she fell out with Obasanjo and was subsequently appointed a Managing Director at the World Bank on October 4, 2007 by World Bank President, Robert B. Zoellick.

THEWILL checks at the ACN further revealed that Ribadu and his supporters have continued to press Bola Tinubu and the leadership of the party to approve the choice of Okonjo-Iweala since the party had zoned its vice presidential slot to the South-East.

As at press time, the Action Congress of Nigeria had still not announced a vice presidential candidate.

It is still unclear how it intends to deal with the electoral commission on the issue since it has obviously missed today’s deadline.