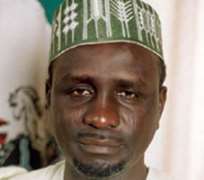 Before his recent victory at the All Nigerian Peoples Party, (ANPP) national convention, there has been  deep seated disaffection among the ranks of the party stalwarts in Kano State.

Several political incidents had precipitated the cold war and shake in  the faith of  the ANPP  faithful in the state. Notable among others was the defection of the Deputy Governor of the state, Engineer Abdullahi Tijjani Gwarzo to the Action Congress of Nigeria (A C N) due to irreconcilable differences with Shekarau.

But just as these concerns were being expressed, Mallam Ibrahim Shekarau struck gold in far away Abuja, the Federal Capital, where he defeated other ANPP presidential aspirants  to clinch the presidential  ticket of his party. That victory excited the party supporters and suddenly, changed the stormy tide.

The celebrations that greeted the outcome of the party's presidential primaries in Abuja simply reverberated in Kano.  The drums of jubilation were so loud. But it had a deafening effect  at the Mallam Aminu Kano International Airport, Kano, where the Governor was received by hundreds of party supporters in the state.

Early that morning, some of his party's supporters in the state and their sympathizers, made up of men, women and youth, walked down the cold, tarred roads, leading to the famous international airport, undeterred by the harmattan cold and dust, which on this particular Monday, was extremely unfriendly. Many of them might have slept in the open cold of the night , the day before, just to witness the homecoming of their victorious  governor.

On their way to the airport, they joked and yelled and told stories of their hero and his recent victory. They disrupted flow of traffic, displaying their  extreme excitement and it was easy for anybody to know that something great had happened to the ANPP in the state.  At the sight of the airbus, returning with the governor, they simply become hysterical.  Their excitement reached a crescendo when they caught a glimpse of Mallam Ibrahim Shekerau emerging from the aircraft.

What the governor saw, when he stepped out of his aircraft, shocked him beyond words.  He saw in that instant gaze and glare, a multitude of persons, perching at every available space at  the airport, waiting to set their eyes on him.

Alighting from the plane, the governor was greeted by their joyous explosion of jubilation and the intermittent chants of 'Nigeria Sai Malam', echoing at the foot of the airport. It was a victory song.

But that was just the beginning. Traffic was disrupted on the streets of Kano for in truth, a gold fish has no hiding place. The crowd of supporters continued to swell  as the governor's convoy managed to leave  the airport.

Young ones, mainly school children, street hawkers and passersby lined up the streets .The cheers peaked as the convoy moved through busy traffic of Katsina road, Fagge,  to the palace of the Emir of Kano, Alhaji Ado Bayero, located in the heart of the ancient city.

Receiving Mallam Ibrahim  Shekarau, in his palace, the Emir of Kano, Alhaji Ado Bayero observed that Nigeria is in a critical state and needs a leader that will guide it out of its current state of despair and distress. The monarch added that: 'All we want is national progress and the enhancement of the people's welfare. People should vote for credible leaders in the elections.'

According to him, Shekarau  has given a good account of his stewardship in the state adding that his antecedents are well known all over the country.

'He has worked toward bringing peace back to Kano and has united the citizenry' he stressed.

Earlier, Malam Shekarau described his victory at the ANPP presidential primaries as a success for the people of Kano and a big challenge to him as a person. Pledging not to disappoint the trust of the people, he added that he was at the palace to seek the blessings of the royal father and his prayers for successful outing.

The ANPP presidential candidate assured Nigerians that his electioneering campaigns would  be devoid of any breach of the peace, adding that he was ever committed to the promotion of unity and mutual respect among the public.

Thereafter, Governor  Shekarau proceeded to the Kano State Government House where he was treated with the same impressive reception by the crowd. At the Government House, he told his audience, who had waited long into the day, that they must go and get the voter's registration card, as it remains their weapon of putting in place the right leadership.

He charged them to intensify effort at propagating the ideals of the ANPP so that the party would capture the leadership in all the tiers of government in Nigeria, even as he stressed the need for the party's supporters to conduct their affairs peacefully and to shun any confrontation with members who had dumped the party.

It would be recalled that in his response to his presidential victory in Abuja, Shekarau had declared :'Our great party, the ANPP has today showed that, in this country, there is still a party that does not employ intimidation or blackmail to get its way.

He had further declared that his success is a victory for all Nigerians. Alhaji Bala Bello, an indigene  of Kano applauded the massive turn out   of party faithful that came out to welcome the Governor of the state after his victory at the ANPP presidential primaries in Abuja, but cautioned Shekarau not to get carried away by the excitement  at the airport and on the streets of Kano to receive him.

He told Daily Sun, that it is typical of Kano people to relish the victory of one of their own in all fields of endeavor from banking to politics and to the military, urging the presidential candidate to work even harder now that he has passed the first stage of his ardous challenge.

He advised Mallam Shekarau to work out a way to network with some of his old political friends in the state, to sustain the ANPP grip on the ancient city. He equally advised him to network with people across the political divide, if he must succeed in his bid to rule as president of Nigeria.