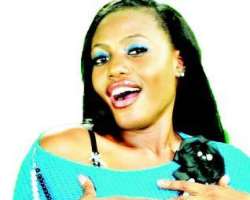 Akio Ilami Still basking in the euphoria of winning the 2010 Next Movie Star Reality Television show, Akio Precious Ilami is now squaring up to the busy life of an accustomed actress. For the past four weeks, the 20-year-old University of Jos Linguistic student, alongside other housemates in the recently concluded popular television show, has been on the location of 'Dormitory 8', a sit-com that centres on student/ lecturer lifestyle and a campus hostel housing eight students from different African countries.

In the series that would soon grace television stations across the nation, Ilami plays the role of Akpostina, a compulsive liar and lead character in the girl's room. According to Ilami, "It was very challenging fitting into a character that is totally alien to your real person and getting all the nuances correct was not easy either but I love being Akpostina on set. I love the challenge that came with it. D8 promises to be exciting when it berths on air because all the actors have been well prepped in the Next Movie Star house and the only way to go for us all now is up." Ifeanyi Williams, the baritone-voiced model who emerged first runner-up in the NMS 2010 is cast in the role of Kelechi, a rich Igbo boy who believes he can get any lady he wants without much stress.

Others on set are Princess Shyngle (Gambia), Boma Mac Ake, Uche Nnadi, and Oyindamola Odesola, 2009 winner of the NMS. Shot on locations in Lagos and Ogun states, D8, produced by Digital Interactive Media, the brain behind the NMS, Excite TV and Supermom among other exciting television shows, is an experiential showcase of wits, twists and happenings around a university campus with focus on a particular hostel.