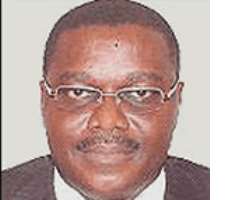 'This is the longest clinical trial to date to show improvement in blood vessel function from consuming flavonoid-rich dark chocolate daily over an extended period of time,' said lead author, Mary Engler, professor of physiological Nursing in the University of California, San Francisco School of Nursing.

'It is likely that the elevated blood levels of epicatechin triggered the release of active substances that vasodilate, or increase, blood flow in the artery. Better blood flow is good for your heart.'

Flavonoids, a group of chemical compounds with antioxidant properties found in a variety of plants, have been shown to promote several beneficial effects in the cardiovascular system, including decreasing oxidation of LDL cholesterol, inhibiting aggregation of blood platelets (which contributes to the risk of blood clots that produce stroke and heart attack) and decreasing the body's inflammatory immune responses, which contribute to atherosclerosis.

In the new study, published in the June issue of the Journal of the American College of Nutrition, 11 people received 46 grams (1.6 ounces) of dark, flavonoid-rich chocolate every day for two weeks, while 10 others received dark chocolate with low-flavonoid content.

At the end of the two-week trial, Engler and her team recorded the ability of the principal artery in the arm, the brachial artery, to expand. The brachial artery's dilation measurements correlate well with those of the coronary arteries that supply the heart.

'Improvements in endothelial function [the ability of the artery to dilate] are indicative of improved vascular health and a lower risk for heart disease,' said Engler. 'Arteries that are able to dilate more have increased blood flow, and this is especially important for the heart.'

The authors noted that the participants did not have increased blood cholesterol levels after these daily snacks of chocolate for two weeks.

In the past five years, scientists have developed increasingly accurate methods of detecting flavonoids. Only a few years ago, dark chocolate was found to contain more flavonoids than any other food that has been tested so far, including such flavonoid-rich foods as green and black tea, red wine and blueberries, claimed Engler.

Standard manufacturing of chocolate destroys about a quarter to half of its flavonoids. Now, some companies are using processing methods with reduced heat and alkalization, which can preserve as much as 70 per cent to 95 per cent of the chocolate flavonoids.

The UCSF study suggests that the beneficial effects of eating small doses of chocolate can be found in eating chocolate with higher amounts of cocoa -at least 70 per cent.

'Even though we still have a long way to go before we understand all of chocolate's effects, for now, there's little doubt that in moderation and in conjunction with a healthy, balanced diet and exercise we can enjoy – and even benefit from – moderate amounts of high-flavonoid dark chocolate.'